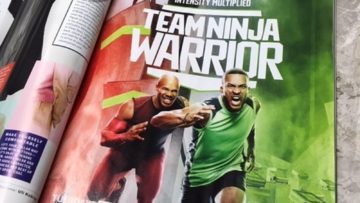 Team Ninja Warrior is returning to esquire network for a second season on March 7, 2017.

In a full page ad, they announced that the second season of Team Ninja Warrior would premiere on March 7 at 8/7c on Esquire. That’s just two weeks away. On Team Ninja Warrior, your favorite American Ninja Warrior athletes form teams and race head-to-head down the obstacle course. In the bracket style competition, teams will be eliminated until only the champions remain.

A couple Ninja Warriors made a helpful video of things you...