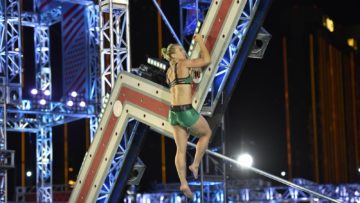 American Ninja Warrior aired their all-star special which included a skills challenge, which had higher, harder, or more difficult versions of several obstacles. ANW Nation has a recap of the episode.

In this segment, Ninja Warriors competed on drastically heightened versions of the obstacles until only one warrior remained, claiming the championship title and medal. There were seven competitions in all. We started off strong with the Endless Invisible Climb, which was the Invisible Ladder we’ve grown used to seeing as the end obstacle at the City Finals. Except here, it was 2.5 times bigger than that and the Ninja Warriors had to race one another on it.

A couple Ninja Warriors made a helpful video of things you...

Do you think these are the worst American Ninja Warrior obstacles?