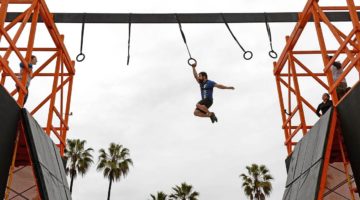 OCR has taken several steps in a very short amount of time to becoming part of the Olympics. In fact, some believe there’s a chance it could be included, in some shape or form, in the 2020 Olympics in Tokyo.

It’s happening quickly. On March 8, the International Obstacle Sports Federation announced that 1) USA Obstacle Course Racing (USAOCR), has been recognized as the national governing body for obstacle sports and related disciplines in the United States,” and 2) the first OCR US National Championship (international distance) sanctioned by OSF will be none other than the April 30 Spartan Race at Amelia Earhart Park in Hialeah, Fla.

The first iteration, the first taste of OCR in the Olympics—a few obstacles in the Laser Run portion of the Modern Pentathlon’s Mixed Relay—isn’t likely to quicken the pulses of MOB enthusiasts. Again, patience. Once OCR’s muddy foot is in the Olympic door, it can evolve. Another OCR source told me he foresees the sport migrating outdoors, to the Summer Games’ under-utilized mountain biking venue. 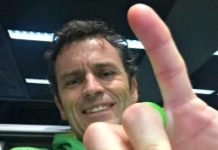