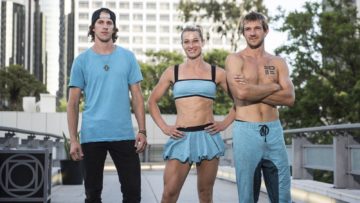 The list of teams, and team members, for Season 2 of Team Ninja Warrior has been announced.

The show pits teams of Ninja Warriors against one another on a head to head obstacle course. After all 11 episodes are said and done, only one team will be left standing, taking home the trophy and serious bragging rights. 28 teams will enter the competition. That’s 84 Ninja Warriors in total. The teams feature some of the greatest American Ninja Warrior competitors, as well as some rising new faces.