There was a lot of anticipation and chatter while waiting outside the entrance for the first Tough Mudder event of 2015, located in the pan-handle of Florida. In typical Tough Mudder fashion, the weather took a drastic drop from summer-warmth earlier in the week to freezing 30’s just in time for the few dozen of us early birds waiting at 6 am to be released into Mudder Village.

Tough Mudder Headquarters has been promising to be “Redefined” in 2015 with new, more challenging obstacles and updated versions of old classics- so while this will be my 21st headband, the excitement of my first Tough Mudder ran through my veins. The proof of these changes was immediate with the creation of a new registration booth for Minors. With the addition of the childrens course, Fruit Shoot Mini Mudder, TMHQ has joined their competitors with creating a more family-friendly environment. Spectators weren’t left out either- with the new Hamster Wheel and Fire In Your Hole (fee required for spectators) accessible to them, as well as to racers, in the Village. 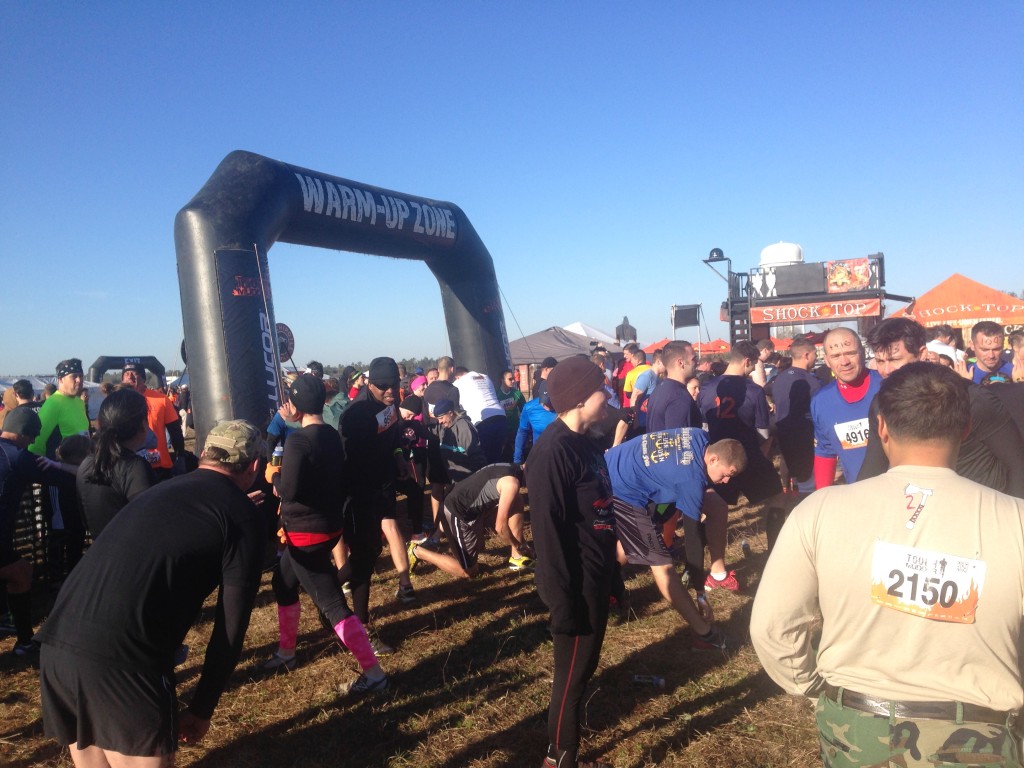 The starting line was as exciting as ever. Newbies looking nervous while vets catch up with each other and
coordinate future events for the year, while stretching and enjoying the warmth the rising sun is bringing. The one constant any seasoned Mudder hopes for is the appearance of Sean Corvelle-the Voice of Tough Mudder. And never to disappoint, he gives his awe-inspiring speech that reminds us all to become one as a team and work together to complete the course. With my hand over my heart, and the National Anthem sung through my lips, we are then released like a pack of wild dogs.

The first half of this 11.3 mile course was a great mix of trail running with some obstacles previewed at 2014 Worlds Toughest Mudder, like the new Birth Canal- which requires a racer to crawl in lanes while a plastic lining weighed down with liquid continues to restrict your movements until you finally escape– and the updated favorite, Funky Monkey 2.0- a twist on the typical monkey bars to include a trapeze swing to a single bar shaft. One of my favorites from WTM returned called The Liberator, a peg board with an incline that used both upper body strength to pull yourself up and also lower body to brace against the sides. One of the most feared obstacles, Arctic Enema returned with a vengeance with an added chain link barrier aiding in the already-intimidating ice bath. 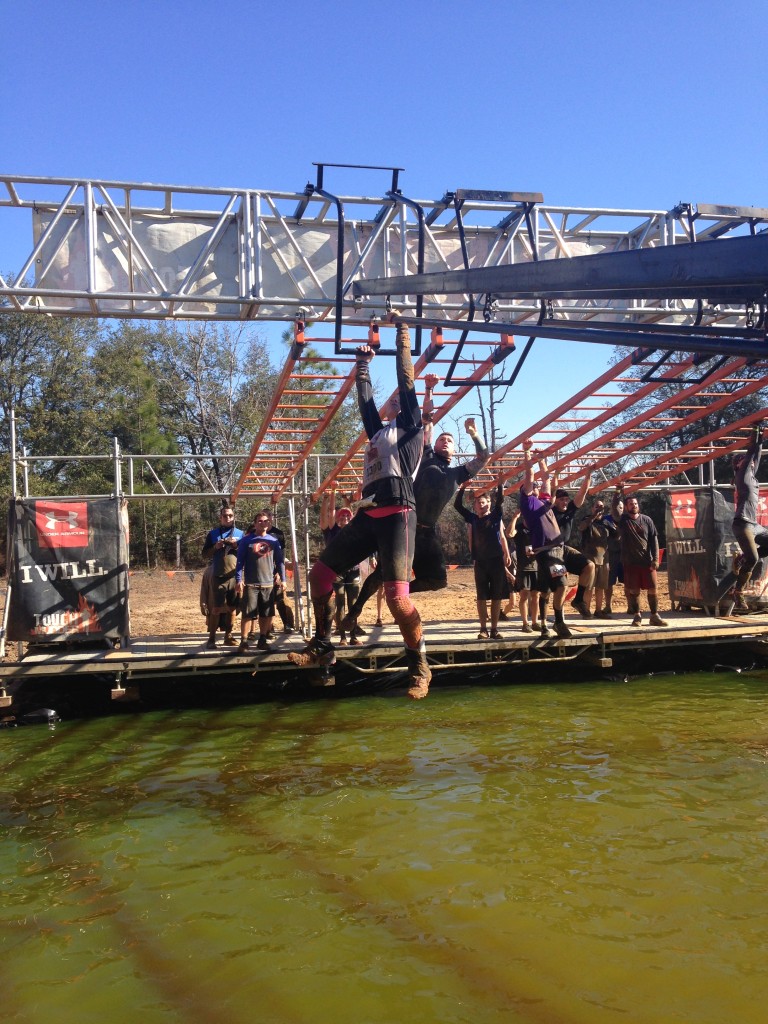 While most of Tough Mudders competitors are focusing on competitive racing, TMHQ has turned that upside down and has created obstacles that FORCE teamwork. Three of these obstacles were included at Gulf Coast. Beached Whale is an overinflated, slippery plastic blob that stands close to 10 feet high- without a helping boost it is impossible to reach the top. Skidmarked seems to be a taller version of an old classic, Glory Blades, that is an inverted wall that is difficult to maneuver solo. The favorite of many Mudders, Mt. Everest, now has a higher peak with a rounded top that only the swiftest can overcome without an added hand.

The second half of the course brought us some old favorites like Berlin Walls, Warrior Carry, Pole Dancer and Tube Hurdles but kept us on our toes with new obstacles, one right after the other. Balls Out is an A-frame structure with ropes strategically placed the entire length so that it requires true momentum to reach the next- and with the added option of the “difficult” version with a plastic lining under your feet- this one will certainly be a favorite to those wanting to show off their upper body strength. I personally was anxious about Cry-Baby, the tear-gas chamber with a sole purpose to turn even the buffest racer into a sobbing 2 year old.

The end of the course finally brought on the real mud, with a more difficult Mud Mile 2.0 with higher mud mounds and deeper valleys, followed by a rope climb to bring you to the climax of the entire course, King of Swingers. This intimidating monster is Walk the Planks bigger, badder big brother. I now have to not just have the courage to jump 12 + feet into water, but I have to propel myself forward to “hopefully” reach a metal bar that turns me into a pendulum with the end goal to slap a bell far in the middle of the gigantic pool underneath me. After the volunteers gracefully counted me down..3…2…1…NOPE….OK OK again….3…..2….1…. NOPE………this went on a couple more times until I finally got the nerve to jump. I got closer to the bell then I ever did at the same obstacle at Worlds Toughest Mudder this previous November, but instead of the ringing of the bell, all I heard was a loud SLAP of my back and I hit the water full force.

As an alternative to last years “Legionnaires Loop”, the return Mudders had the option to try out Dead Ringer, an American Ninja Warrior-type obstacle that has the racer use momentum with plastic rings to move from peg to peg, and then the option to bypass (which I gladly did- 19 times getting electrocuted is enough for now) Tough Mudders signature nail bitter, Electroshock Therapy, before crossing the finish line. With my crisp new orange 2015 headband, my ShockTop beer, my new Cellucor handtowel (in exchange for previous finisher shirts), and as always, a bunch of new OCR friends, I proudly crossed off my first of many Tough Mudders of 2015.