The Death Race by Peak Races typically has three events per year held in Pittsfield, Vermont. The Summer, Team, and Winter Death Races.  In 2014, they added the Traveling Death Race and held it in Mexico City.  No two Death Races are alike other than the fact that they are equally challenging and it takes a special type of person to finish one.  Finishers earn the much-coveted SKULL by going the distance.  More importantly than a skull, racers learn lessons about themselves and come to realize they can push their mind and bodies beyond preconceived limits.

According to their website, www.youmaydie.com, “This is the ULTIMATE challenge. The Death Race is designed to present you with the totally unexpected, the totally insane, and take you out of your comfort zone. This race is a 48+ hour event that is created to break you physically, mentally, and emotionally. All of you will enter, 90% of you won’t finish. Only consider this race if you have lived a full life to date.”

The 2014 Summer Death Race is scheduled for June 27th and our own Mud and Adventure Athlete, Matthew “IronBeast” Dolitsky is participating.  He is partnering with his girlfriend Carey Degon.  Matt is a Death Race veteran and participated in the Summer Death Race last year and the Winter Death Race in early 2014.  Carey is an obstacle racer and finished the Vermont Spartan Beast in 2013.  This year, Matt is attempting to finish three Death Races.  He earned his skull at the Winter Death Race and now the clock is winding down to his second.  Immediately following last years Summer Death Race, Andy Weinburg of Peak Races, announced that the 2014 Summer Death Race would be themed The Year of the Explorer.  At that time, the required gear list was announced as well – Hatchet, Rope, Compass, Needle, Thread, Knap-sack, Coonskin Cap, Map, Skillet, Charcoal.  The Death Race masterminds like to play mind games, so nobody is sure if this gear list will turn out to be the actual required list.  In the past, the required gear list has been released within a week of the event.  Some gear list items of the past have been for example: $5.00 in quarters, 5 pounds of hay, 2 pounds of grass seed to simple items like a bucket or hand shovel.  You better make sure you bring all the items on the list because you never know what the punishment will be for not having an item.  They have also had random inspections for gear list items in the past.

Another twist on the 2014 Summer Death Race that registrants were told is that they would need a partner.  Even though there is a lot of teamwork and camaraderie involved in the Death Race, they are typically individual challenges.  Only Team Death Race participants go into the race knowing whom they will be teamed up with.  It is unknown whether or not Matt and Carey will remain partners throughout the entire race or if they will be split up.  The race directors like to seemingly make the rules as they go.  They tell you where to go but they don’t tell you when the “race” starts and there is no set finish.  Previous races have gone 70+ hours while Matt finished the Winter Death Race in 36 hours. 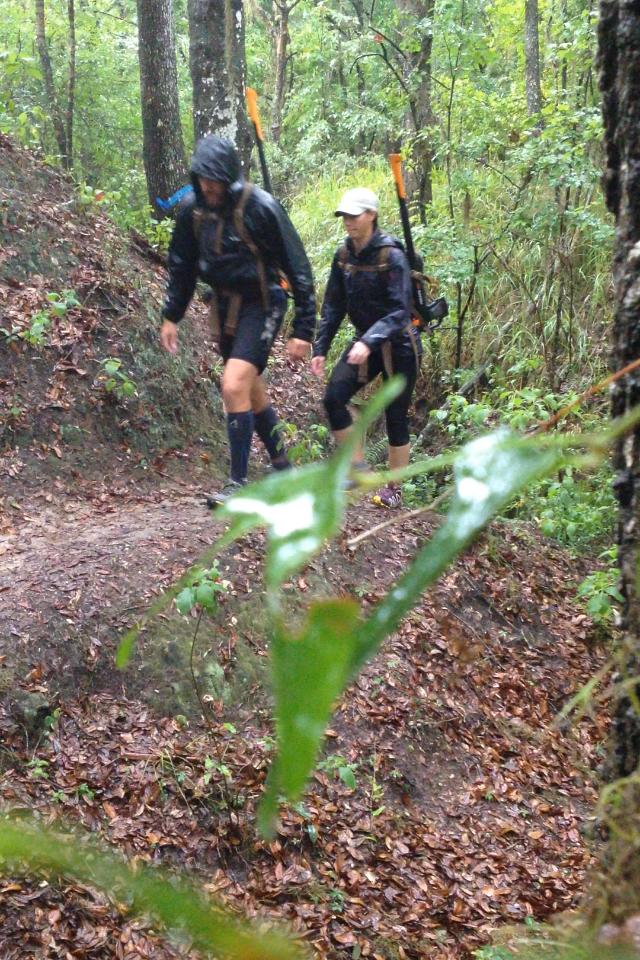 Besides bringing required gear, ALL participants of the 2014 Summer Death Race must complete the Death Race Media Challenge.  “Before June 24th, all Death Race competitors must tell the world that they will be attempting the Death Race by securing a media story about it.  This can include your local newspaper, TV Station, morning radio, and many other consumer media outlets.”

The penalty for not completing the Media Challenge is 2,500 burpees wearing a weight vest – to be done immediately preceding the start of the race.  That’s an estimated 6 hours of burpees. 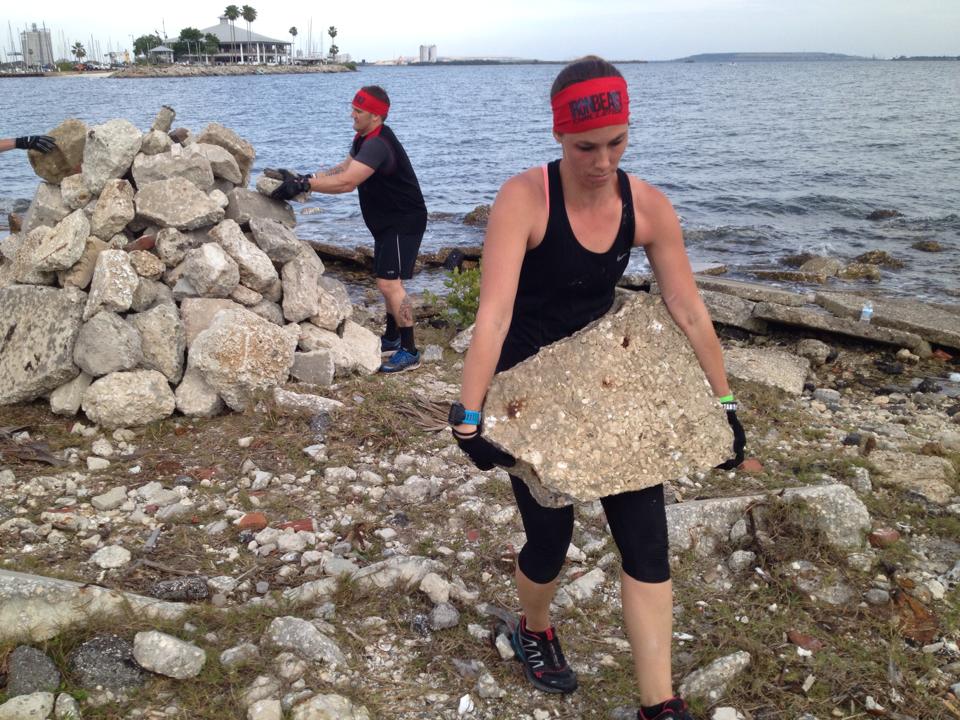 So, how what does it take to complete such a monumental challenge?  Matt says that the key is to be a well-rounded athlete.  He says that athletes need to have strength, endurance, speed, unending determination, and the ability to be flexible.  At any moment, the Death Race will change gears and present you with another challenge.  It could be swimming 3 miles, hours of chopping wood, moving huge boulders, or long hikes through the Green Mountains.  Carey says that remaining positive and having fun in moments of misery is what gets her through challenges.  Both agree that mental toughness, teamwork, and perseverance will prevail.  Most of all, in a crazy sadistic way, if you are not having fun at the Death Race, you probably won’t make it! 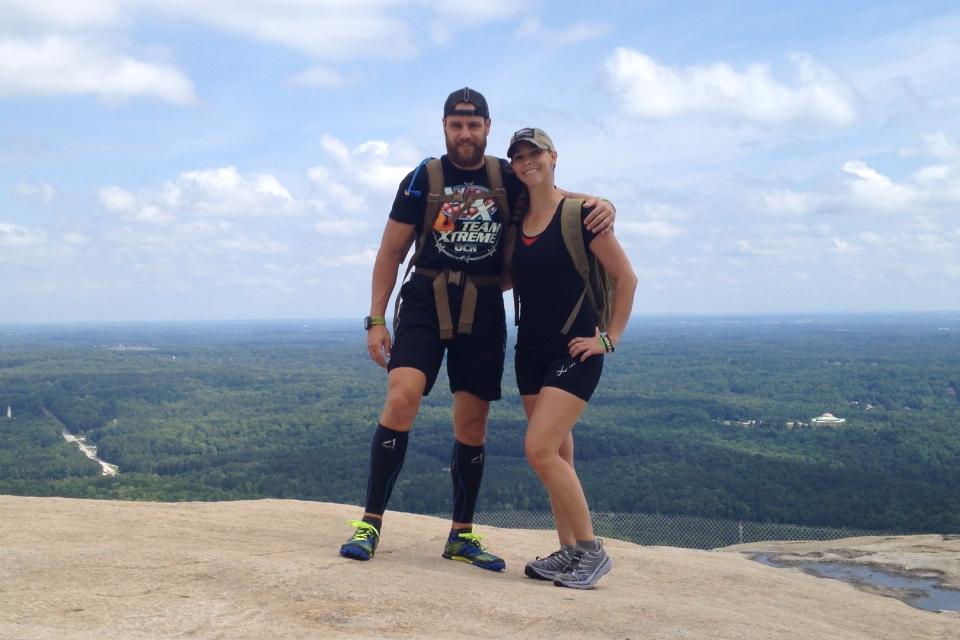 How do you train for the Death Race?  Matt says that if there is anything you don’t like to do physically, learn to love it!  If you don’t like burpees, do a lot of them.  If you cant swim, learn to swim and swim a lot.  If you can’t chop wood, you better learn quickly.  Matt and Carey like to go on long rucks carrying 50+ pounds or more for 6-8 hours.  They throw in burpees, wood chopping, and other PT during their long rucks to simulate Death Race conditions.  They train in the extreme heat in Florida, ruck through water a mile at a time, run while carrying tires, and move concrete chunks at the beach for hours.  Matt says that Carey is very strong and has the ability to go long hours without sleep.  Both have completed GORUCK Challenges as well as Matt’s own IronBeast 12 and 24 hour Challenges.  Having previous Death Race experience, Matt tries to bring in a variety of elements from the Death Race into their training.  They must overcome and adapt to all conditions presented to them.  They have to become comfortable with being uncomfortable.

Who am I? Alexis Goldstein, That’s Who! (Profile)