For those of us mere mortals, in most aspects of life we don’t walk into something and find we’re immediately good at it. For the purpose of this post since quite obviously, I’m on the topic of obstacle racing. Sure, we look at the Elite racers of the sport and it may not have taken them long to get to the top because of the type of athletes and work they were doing previously, but I’m certain each them would tell you they’ve put in a lot of work and continue to do so. I’d also be willing to bet that if they really think about it, they can tell you stories about when they weren’t at the top and where they started.

None of what I just said should be Earth-shattering, but it sets up the rest of this post — we all start somewhere, and usually it’s not from the top. Again, not Earth-shattering, but on occasion I think a few of us forget this fact while we’re out there on an OCR course, and I think it’s disheartening when it happens. One of the great things I find about OCR, is that each person is going to meet their own challenge. Maybe they’re just getting back in to shape, so simply attempting an event is their big step. For others overcoming a particular obstacle may be their personal goal. For many, getting out on the course, having fun, being physical, and completing something they weren’t certain they could is their ultimate goal. Unfortunately, there is the occasional runner out there who forgets this and can ruin an experience for those around them. 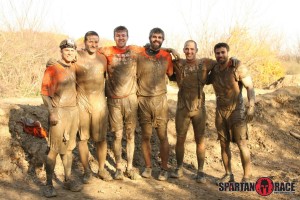 Now for the vast majority of the OCR community, this does not apply. I’ve found it to be an incredibly encouraging community where individuals often sacrifice personal finish time to help others complete an event. While I was running this year’s Toronto Beast, I found myself running near one of the rare few racers who forget that for some people out there, simply completing was their goal, and made it blatantly obvious he wasn’t happy about it. In fact, at several points where we would hit an obstacle and we would find ourselves on a single trail walking behind some slower runners, he would loudly make comments such as “Wow, we’re really moving along fast now” and “I can’t believe how fast we’re going; I bet this will be a course record.” He could also often be heard questioning the volunteers why an obstacle was “so easy” and if “he could alter it to truly challenge himself”. To be frank, this guy was just a plain asshole. The thing was, even when he wasn’t “limited” by others in front of him, he wasn’t exactly demolishing the course, so he really had no reason to be so cocky. The worst part was the fact that you could see the impact his comments about how slow some individuals were moving truly having a negative impact on their demeanor and I’m sure their overall experience. None of his comments were directed at me and yet I still found it affecting my race experience.

Finally, about mile 5, after we got past a single-track obstacle where he once again made comments about how slow we were moving due to those in front of us, I couldn’t take it anymore. While he waited for his friend to fix his Camelbak, I pulled him aside and said: “Look, none of us out here are going to win anything. Those awards have already been claimed by the Elite racers who ran a couple hours before. Right now, each of your sarcastic comments about the speed of those in front of you, how you’re being held back, and asking each volunteer if you can actually challenge yourself on an obstacle is diminishing the experience of the everyone around you. You want to run fast? Don’t want to be held back? Next time, run in the Elite heat and see how you really fair? I don’t think you’ll be the one complaining then.” He looked at me shocked and then told me to “buzz” off — in slightly more graphic terms. But I really didn’t care. I was done listening to him diminish the accomplishments of those who were out there trying to have a great experience and potentially do something physically they had never done.

Unfortunately, our pace on the course for the next couple of miles was relatively the same, so I still found myself enduring his complaints and comments. Finally, at an obstacle around mile 7, both he and his friend failed, while I succeeded, and I was able to leave them behind while they were left to do their burpees, and I never saw him again for the rest of the 6+ miles.

Now trust me, I’m just as competitive as the next person. Actually, I can’t say that, I understand that I’m overly competitive, and yes, sometimes I find myself frustrated when I get stuck in a bottleneck or behind a group of people walking. However, none of that gives me, or anyone, the right to comment about how slow they are going, because I’m sure I’ve been that guy before at times too. And, if you really don’t want to deal with it, you either run the Elite heat or run an earlier heat where you have less likelihood of running into bottlenecks.

The point is, we all start somewhere. OCR presents people with a tremendous opportunity to get out and challenge themselves in ways traditional life doesn’t, possibly change an unhealthy lifestyle, or simply get out there to enjoy the camaraderie that is the OCR community. No one deserves to have their experience diminished by anyone else out on the course. So the next time you’re out on a course, or even if it’s your first time, think about where you started. Encourage the racers around you to keep going. If you see a fellow racer struggling, help them out. If you find yourself behind a slower pack, kindly ask to go around, or just simply deal with it and then sign up for an Elite heat next time if you’re really that concerned about your time. And if you see or hear someone in a race acting like the guy I described above, don’t be afraid to confront him or her, we don’t need those attitudes out on the course. Instead we should be encouraging one another and celebrating the accomplishments of everyone who is out there. To me, that’s what OCR is about. 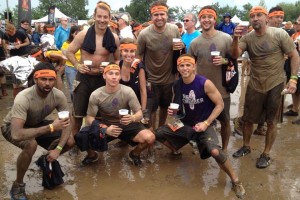 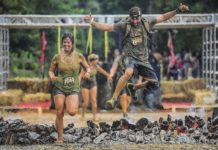 Win Entries to ALL the big events 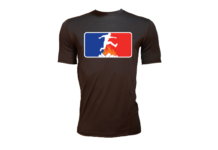 Back in Black. The Mud and Adventure Obstacle Race Jersey 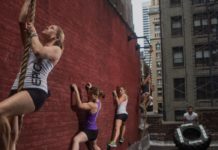 Find an obstacle course training location near you!