Thousands of Pittsburghers descended on Eastern Ohio for the first ever Tough Mudder Pittsburgh.  It is about time that one of the major obstacle course series decided to give the Pittsburgh region a try as it is hungry for races.

The course was laid out at Powerline Park, a sprawling 1,000 acres of off-road trails.   The 10.5 mile course crossed streams, ponds, hills, and mud bogs as it snaked along the twenty-ish obstacles.  For anyone familiar with Tough  Mudder many of the old faithful obstacles were present as well as a few new ones.

I ran with a group of eleven, the Rett Racers, and we set off about 9:20 after the customary and awesome sendoff.  I always love at Tough Mudder that you need to climb an eight foot wall just to get to race.  We pledged allegiance to the flag and took our Mudder Pledge and were off.  Of the eleven, three of us completed the Ohio Mudder last year, three have run other obstacle course races, and five had never run an obstacles course race before.  It was a good mix.

Unlike many other races I have been a part of, the Pittsburgh TM did not have an obstacle right away.  Last year’s Ohio TM had a series of small walls a few hundred yards in.  The lack of an early obstacle meant that the field stayed together for most of the first few miles.  Well, that and the fact that the trails were narrow most of the day.  It was nearly a full mile before we reached the Kiss of Mud – 25 yards of deep mud and low barbed wire.  It was great to see all the rookies with smiles on their face.  Finally we weren’t out for a run; we were getting muddy and challenging ourselves.

Soon after came the Glory Blades and Firewalker.  Glory Blades are a series of nine foot slanted walls that take teamwork to overcome.  We took turns lifting each other over and gaining each other’s trust.  We would not let anyone fail.  The Firewalker is a new obstacle for me.  In groups of three you run forward and jump over a wall of fire into a pool of water.  It is the first obstacle of the day in which you need to trust your course designer.  I had no idea how deep the water was or how high the flames would be.  I just knew that if I trusted in them and myself all would turn out okay.

Finally, our group made it to the Arctic Enema.  Nothing gets talked about more than this obstacle and for good reason.  You simply cannot understand just how cold the shock is until you try it for yourself.  Last year in Ohio, it was 40 degrees and raining.  The Arctic Enema was the worst thing ever because you never recovered the rest of the day.  For the Pittsburgh TM, it was in the 70s and though the enema was bad, you could recover with a few hundred yards of running.

Much of the middle of the race was the terrain.  Being an off-road riding area, the mud was deep, the water murky and the slopes treacherous.  Mixed in were a few obstacles (Warrior Carry, Mud Mile, the Berlin Walls, and the Log Carry) that are TM standards as well as a new one: the Cage Crawl.  The Cage Crawl was the easiest obstacle of the day and most psychological.   You lie on your back in some water and use the cage to pull yourself through.  Piece of cake.  Except that you occasionally go under some plywood while the water gets closer and closer to the caging.  Will you have to hold your breath and completely submerge?  What if I get stuck?  Fortunately nothing bad happened and we were all quickly on the other side.  I can’t imagine that obstacle on a rainy day when it would be hard to regulate just how many inches of breathing room you are provided.

After the Electric Eel, Boa Constrictor, Funky Monkey, and about 20 deep stream crossings we were to the crowd favorites: Walk the Plank, Everest and Electroshock Therapy.  I am always amazed at the pause that Walk the Plank gives me.  I am not afraid of water, not afraid of jumping into water, and not afraid of 15 foot heights, but for some reason when you ask me to climb a fifteen foot structure and jump into muddy water I somehow always need a second before I can. 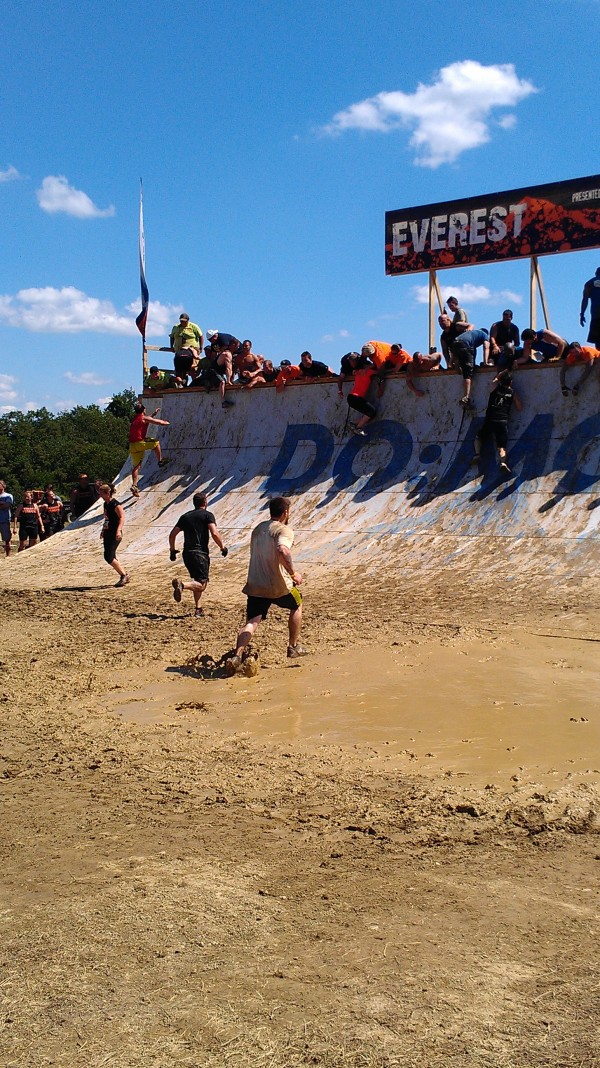 Electroshock Therapy was notable for how badly a few members of the Rett Racers got zapped.  My brother got a jolt so badly as he crossed the last hay bale that he went limp and face planted.  It was a memorable ending to the day.

All eleven team members finish and had a great time.  Tough Mudder put on a great event and I think our team will be much larger for next year. 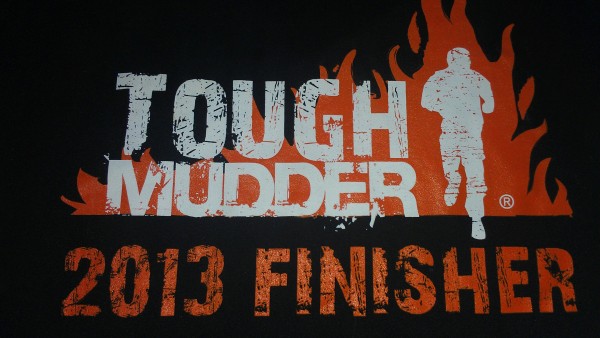 Getting Muddy at Seven Springs