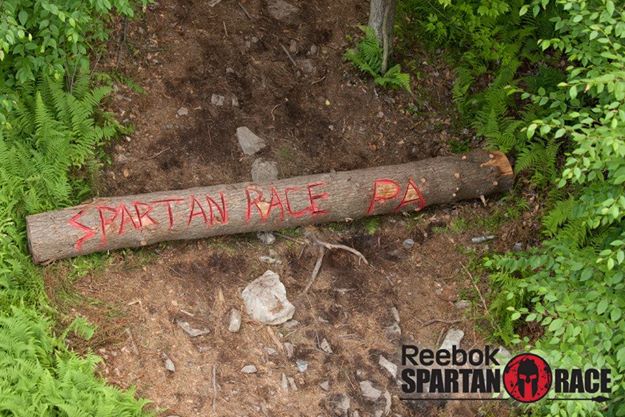 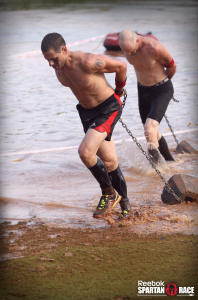 the term mini-beast get thrown around quite loosely as referring to a Spartan Sprint or Super that may have been characterized as excessively difficult. I never really know though, what signifies this label to people or what qualifications/standards they abide by. Do they take into consideration the distance, amount of obstacles, the actual difficulty level of them or perhaps the difficulty level of the overall course, that is, terrain, up-hills and obstacle placement? It’s not fair for myself to answer for the people because the difficulty of a course is completely objective and is based solely on the skill level of the participant, so it’s not reasonable to say that any ole’ difficult race could be referred to as a mini-beast although many of the easier ones are, in which I don’t agree.

This year, on July 12 and 13, the Spartan Sprint in Palmerton, PA on Blue Mountain was truly a race to be called a mini-beast and unlike the 2013 PA Sprint, which was 3.4 miles and what was considered, to many Spartan Race athletes, as a somewhat easy, standardized and predictable course, this time around, it was 5.4 miles of excessive uphill, rough and rocky terrain, dangerous down-hills and unpredictable. It basically had all the features that myself as well as other serious OCR athletes alike, define as a challenging course. After all, the course was designed by Spartan Race’s mastermind Norm Koch, who I have referred to in the past as the beast behind the beast and who let me know beforehand that the course was going to be an epic Sprint, because SR had essentially, took the leash off him this year, that they had on him last year. 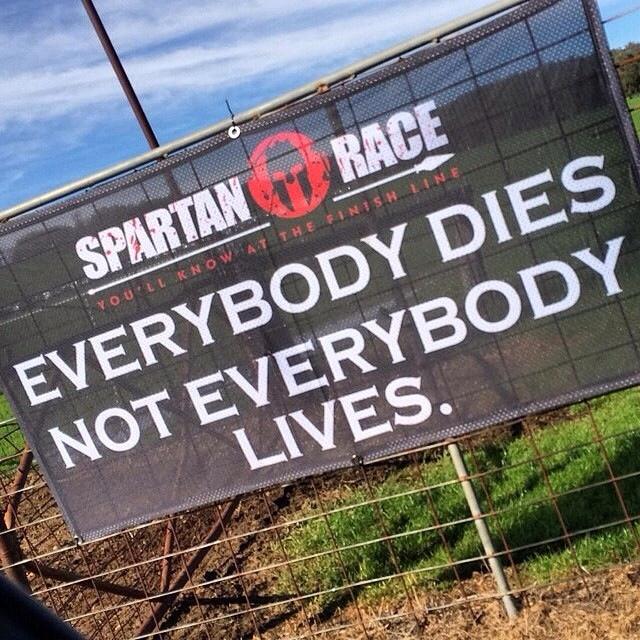 Disappointed with 2013 Palmerton’s Sprint, I started to lose a little faith and this was soon after Spartan’s merger with their big corporate sponsor and sports apparel gurus, Reebok, which had many hardcore and steady Spartan racers worried, because we feared that Reebok would be more involved than they should be, by dipping their hands into race operations and making decisions that were not friendly for the sport as we knew it. Some of those concerns were definitely legit as bad/undesirable decisions were made but at the same breath, some really respectable decisions were made, helping to bring SR to the forefront of the industry. 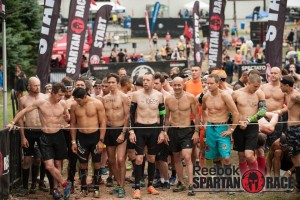 With so much hype about the standardization of the sport, its vast growing popularity and more and more elite athletes popping up to conquer a course and call themselves a champion, I projected 2014 to be an EPIC season in the world of OCRs, especially with SR and it began here, with NBC Sports on site, the PA Sprint just shows how much of an impact one day can make.

“This year I had a mission to fix the PA Sprint to make it a mini Beast. Last year I had a great course designed, but when we arrived to build the course, Spartan started to look at how we operated and wisely so,” says Koch. “What I mean is if you let me I would have 30 obstacles on a Sprint course and more on a Beast, so last year’s PA Sprint was designed shorter with about 30 obstacles; however, I was the first test case to set the new Sprint standard 15 to 19 obstacles in 3 to 5 miles. I removed obstacles and the Sprint course was much easier than the year before.” 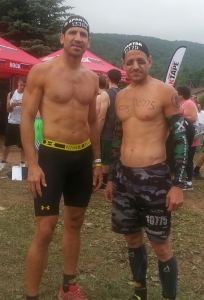 Koch was instructed to make sure the elites did not complete the course in under an hour. He was rather successful in that regard, as only 1 person in both Saturday and Sunday men’s Elite heat finished in just under an hour, when John Yatsko crossed the finish line with a time of 59:53. Besides the podium winners on Saturday, the race was very close as the next 10-15 guys came in a minute or two apart and sometimes, even seconds apart. I finished 12th overall on Saturday with 1:15:42 and second in my age group only to be beaten by Matt Novakovich. The average elite men time for the race was 1:50 and for the open men, it was 3:05. I can’t complain about my placement that day when I consider the competition that was bought in just to race and provide footage for the next SR TV episode. It’s always a big day when NBC Sports cameras are on the course and more so in Palmerton as it sets new standards.

Koch notes, “I refer to the PA Sprint as a mini beast, and VA as another stepping stone to the World Championship in VT Killington. These are the three most important races, only because they are big Ski Resorts.” He adds, “NBC adds some interesting elements, but I am fine with it. My background working at the Ski Resorts with ESPN or other media and my time with Nascar has prepared me for that type of adapting and problem solving. It has been a learning process for NBC and Spartan. Each event we look at what worked what didn’t and re focus for the next. Spartan is pioneering the exposure and press of this sport. It’s amazing to be a part of it and see how much we have grown.”

The fastest time in the women elite heat on Saturday was 1:14:27, set by Amelia Boone, which was no surprise to her competition. Surprisingly, OCR superstar, my teammate with Mud and Adventure and Norm Koch’s wife Debbie Moreau (Koch), finished 8th overall at 1:29:57, but as always, she was first in her age group. Average elite female time was 2:09:48, and for the open women, 3:39:58.

“When I design a course, I want to have a cool mountain run or cross country course. I look for memorable areas and features. Then add obstacles, in good locations. My main thought is to make a course that is truly a test of true grit. As a Spartan and Deathracer, what would I want for a race? The best course would be to have a fast little guy and a slower stronger guy and where there times would be comparable. This is so hard to do, runners have such an edge over some courses. I feel my courses help bridge the gap. I think this year’s courses are getting closer to that perfect balance,” says Koch.

I can only do races in the north-east region and as far south as VA and as far west as Ohio, be it, that’s what I can afford. I can only compare the races I do around here, which is still a good number of races. This are also happens to be, in my opinion, where a larger number of the best elites comes from. As far as Sprints, Tuxedo was great as always, Palmerton was better than great; it was the best by far. I ran on Sunday as well and finished 5th overall with 1:14:44, being beat out by my brother Stephen Vassallo, a rising star this year, who made the Spartan Race podium for the first time, finishing 3rd overall in 1:09:59. We have been going back and forth with our times for a solid 3 years now. He keeps me motivated and now I must podium because he is younger and I can’t have that. On the women’s end, Debbie Moreau (Koch), with my projected win, finished 2nd overall in 1:27:24. She is a beast. With Koch as her husband, she better be a beast. 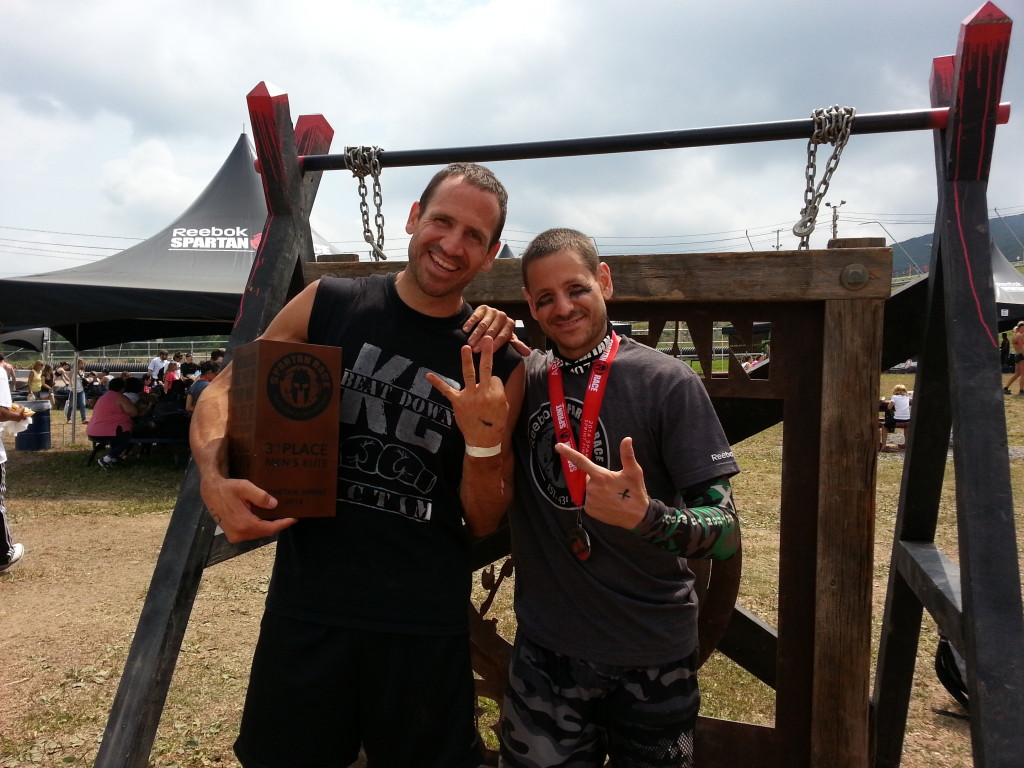 Koch said “I am so proud of Debbie!!! Her being 10 years older than many of the other women is pretty amazing. I do have to tell everyone I built a training center in our backyard. It’s great to go back there and run through it, make her carry buckets around the yard up and down hills. Seeing her get through the course with no burpees is great.”

By Charles Vassallo aka Jazz