NORM KOCH Q&A – THE BEAST BEHIND THE BEAST 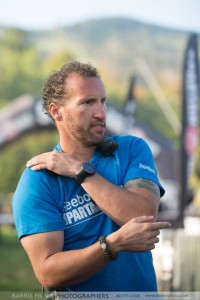 On average, a Spartan Sprint will pull in 10-12 thousand participants for the weekend, a Super will bring in 7-9 thousand, and a Beast somewhere around 4 thousand. Regardless of which race it is, a large portion of them just run their race, test their physical abilities, feel like they ran through hell and back, have a great time and ultimately walk away with a Spartan badge and a lifetime of memories.  What they also do is, NOT stop and think about why they were able to accomplish this and who is responsible for creating those memorable moments, in other words who is the man behind the madness.

There are just a small percentage of Spartan Athletes that know who makes the wheels turn, who fine tunes all the cords or better yet, who makes us want to get on our knees on top of a Vermont mountain and pray to lord for some savior because the shit-storm they just ran into doesn’t get any easier.  For the people that don’t know, he is the Beast behind the body of the Beast Norm Koch, International and Domestic Race Director for Spartan Race and top course designer.  It’s safe to say that any course he designs is one that you definitely want to be running on, or might I say walk on because that’s usually what you end up doing on his courses as he makes a valiant effort to make sure of that. 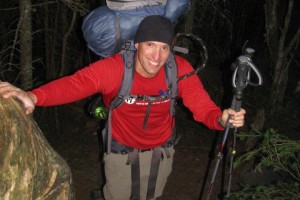 refers to be called, was born September 13, 1974 in Alaska, then moved to Vermont growing up in the mountains.  Before his life as a Spartan was a thought, he was pushing the boundaries as a competitive snowboarder for several years, eventually moving on to bigger and greater things.  Because of his an impeccable work ethic, he has held positions at major companies like PlayStation 2 and Nascar/Jimmy Johnson Lego.  He has also worked at Okemo Ski Resort in their Mountain Operations unit.  As far as Spartan credentials, he is a 2 time Death Race finisher and helped facilitate camps in 2 others.  After finishing second in the Winter Death Race, he felt justified with getting the Spartan Death Race Tattoo. Being one of the only Race Directors who has completed every level and element of Spartan Race, one could safely say that he is no stranger to pain, agony, strength, courage and dedication.

Norm and I conducted an online interview to talk about his experience with Spartan, particularly with this year’s World Championship Beast, so unlike other Q&A’s, I cannot express to you his facial expressions and emotions during the interview 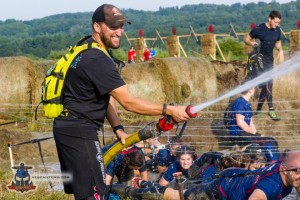 process.  Fortunately, we are not talking about a subject with a whole assortment of emotions, but rest assured, the ones he was supposed to be feeling, he was.  He is a passionate person when it comes to his work and he truly makes every effort on taking it to the next level. So when it came to being excited about a question, he was excited.  Having spoken to him personally prior to this interview, I was able to tell that Norm is also a happy man and who for the most part when you see him, looks happy.  I know that when a question was supposed to make him smile, I knew he was smiling, even if it was a devious one.  The interview went as planned but what impressed me the most was how he took the time, regardless of his esteemed position with Spartan and busy schedule, to answer my questions in full detail, in addition, was humble enough to have FB chats with me, post interview, and he gladly accepted any follow up questions.  Norm is just a person like you and I, he just happens to be gifted in the art of OCR and thankfully he is on our side, that is, we are all Spartans and he is leading the way.

* Let it be noted that these are his personal feeling and thoughts and they may or may not be supported by Reebok Spartan Race. 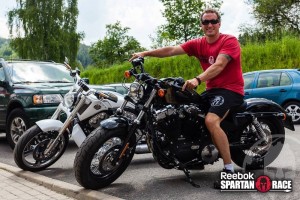 Charles Vassallo.  What do you do in your spare time?

Norm.  I love supporting the adaptive athletes in OCR, in my spare time I put on my 65lb weight vest and run with them, this is much more rewarding to me than just running the races.

C.V.  How did you get involved with Spartan? 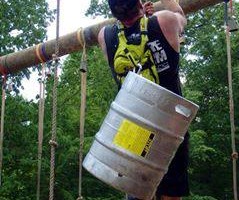 N.  My Spartan career started at the first Beast, where I finished around 45th and was hooked… In 2011 I earned a Trifecta and was one of the founding members of the Stormchasers.  That season I started with marketing and meeting every week discussing the future of the Hurricane Heats and Trifecta…The next season I did the Winter Deathrace and I was in first until the end where my friend Olaf beat me.  We both finished with the same time: after 3000 burpees (mandatory) I was done.  That summer I started working with Spartan Race.  Joe hired me as a RD (Race Director) but put me with the build crew to see the operation.  It was great seeing the nuances of learning experience, seeing how my experience (new) and past made for a perfect fit.

C.V.  Many would consider your job to be a dream and do anything for the opportunity to do what you do.  With that being said, do you love what you do?

N.  Yes, I have been fortunate enough to drive (in) a Spartan Race truck and travel around the world designing courses.  I am a “Spartan” and want to keep the sport tough and rewarding.  Living in Vermont, getting to have meetings with Joe and Andy, putting on a weight vest and carrying a 100lb sandbag up a mountain for the fun of it is what it’s like to be a Spartan.  It’s been a wonderful ride being at the ground level and seeing the company and sport grow so quickly.

C.V.  How do you rate this past Spartan Beast in Vermont as opposed to the Beasts in the past?

N.  I would say this Beast is harder than past Beasts, based on times and being a part of the progression of them.  I also feel the Vermont Beast is the only true beast, all others do not compare.  It may be time to rate the Sprints, Supers, and Beasts… (I have been pushing for a mountain Trifecta series).  I believe in keeping Spartan true to its origins and keep pushing people to be better, if it was easy, everyone would do it.  I don’t believe everyone should get a prize for showing up, you need to push yourself to be better. Failure is an important tool to push us to become stronger and overcome any of the phobias, weaknesses, or self-doubt.  I feel you need to have everything, strength, endurance and stamina; simply you need to be a Spartan.  Spartan race is a lifestyle, learning to overcome obstacles from our everyday lives to help us become better.

C.V.  What was the toughest obstacle?

N.  The Tarzan Swing was the toughest, I basically set everyone up for failure, the water (exposure) was considered. It starting with the barbwire crawl, dunk wall, the main rope climb in the festival, where you used your hands and arms, then, another rope climb in water, then you would be smoked by the time you got to the Tarzan swing.  (ed. – we have to agree, this was a tough part of the course for many people!)  I had a meeting with elites last year, I remember them saying how predictable and easy the races were getting.  Well they got me to laugh and to promise to do what I can.

C.V.  How can competitors prepare for this race next year?

N.  Lots of Burpees, and more Burpees. If it’s cold out and raining go run in it.  Push yourself to failure.  Get out of your comfort zone, embrace the Spartan within… (Example: I was preparing for a Deathrace and went out for a nighttime trek in the dark in the woods to prepare myself for the loneliness, and overcome any type of fears that could cause me to fail.  If you are fast, make sure you have a strong core, if you’re a big person work on your running, if you’re doing a ski resort/mountain, you will be doing hills (ups and downs are hard).

C.V.  With all the talk about the competition this year and how Spartan was bringing in new talent, were you surprised with the winners and the overall results?

N.  I was shocked that Matt from Alaska didn’t win. Hobie did a fantastic job. After VA he was given a wakeup call and humility for many others, but the reason he is so good, is he came from that event and improved.  That’s what it takes to be a Spartan.  With the new people coming on board we will be seeing some fantastic competitions this next year.

C.V.  How did you feel about overseas competition?

N.  I think it’s great, I oversee Eastern Europe and their races are geared toward what you have seen in PA, VA, and VT (Standardized mileage, tougher course).  It all opens the door for bigger races and creating a global brand.

C.V.  Do you feel that a $15,000 1st place prize was excessive and could have maybe been spread out more amongst the elites, meaning, besides the top 10 who greatly benefited, money going to the top 50, even if it were $100?

N.  I think as we grow we could spread out the prizes but keeping it big is essential.  We will be seeing world class athletes popping into the sport this upcoming year. With the prizes and point system we are legitimizing the sport.  Athletes are moving toward Spartan Race because there is money and we challenge them.  These professional athletes are becoming aware that this is a physical challenge and not some fun run.

C.V.  Did Spartan get it right this year?

N.  I think Spartan is on the right track, we just need to keep to our guns and keep it challenging, and inspire people to become stronger and better.  Spartan Race is a life style.

C.V.  Do you feel that you have to out-do yourself after every race and what can we look forward for next season?

N.  I will try and keep the races hard and challenging, I have a Spartan Problem!!! Ha Ha.

C.V.  When somebody can’t cross that finish line due to injury or crosses it and falls to the floor due to a cramp or spasm or just crosses it with their body feeling pummeled, would you rather someone come up to you and call you a fuckin bastard or you prefer they say nice job on the course?

BY Charles A Vassallo

Mud on the Mountain in the Dark Race Review