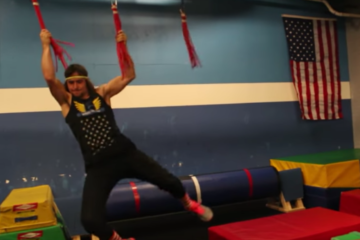 Some of the top competitors from American Ninja Warrior descended on GCA Parkour & Freerunning in Connecticut this weekend for a National Ninja League competition. ANW Nation has some of the runs from your favorite competitors, and a recap of the entire event.

Remember to keep an eye on the competition schedules for both the National Ninja League and the Ultimate Ninja Athlete Association. These events are fantastic ways for you to watch American Ninja Warriors in action, and it’s also where the Ninjas go to hone their skills for the big show.