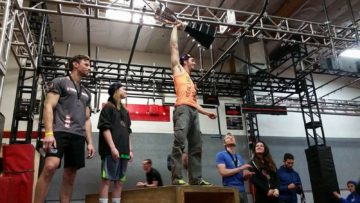 The National Ninja League finals took place over the weekend, and ANW Nation has a look at the 2 winners (Drew Drechsel and Allyssa Beird), as well as video of the Stage 3 runs.

We’ve been following all the action of the National Ninja League for the past few months. All the hard work and all the competitions have boiled down to this, the NNL finals which took place March 4-5. Two familiar American Ninja Warriors took home the championships.

The home stretch of the National Ninja League regular season