This summer, Christopher Acord, age 39, will be joining thrill seekers and serious endurance athletes from across the country in Pittsfield, Vermont to attempt to complete an event that goes by the intimidating moniker; “THE DEATH RACE”.

With an equally unsettling website URL (www.youmaydie.com) and the surprisingly inspiring motto of “Every man dies, but not every man lives”, Christopher, A Navy veteran and already an avid obstacle course racing athlete, found himself intrigued and drawn to this amazing challenge, and decided to apply before he could change his mind. Only 300 athletes were accepted, and he was one of them. 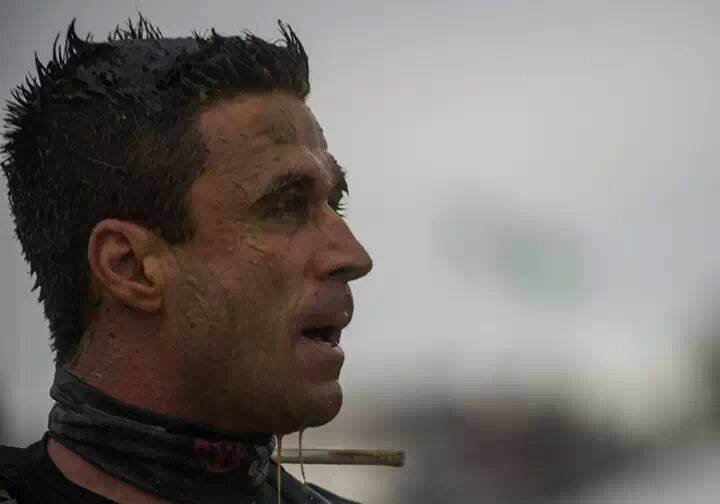 THE DEATH RACE is not a race of miles, but of time. Athletes are told to expect a minimum of 48 hours, but are highly encouraged not to book any flights home quite that soon. Last year, with only 10% of the registered participants still standing at the event’s end, the clock ticked in at over 70 hours.

The athletes are given a gear list with items they must keep with them at all times, whether they are ever used or not for the both obstacle and challenge heavy race. This is not some foot run attempting to get from point A to point B – far from it.  Both physically and mentally grueling, the participants have no idea what will be expected of them before they begin, and have no idea what will come next as they go on. They might chop seemingly endless cords of wood, or set off on a 30 mile hike with a 50lb backpack followed by a mile swim, or find themselves sitting in a freezing river creating a human dam that they cannot break until the water has risen past a certain point. And when exhaustion sets in, and the mind starts playing tricks on them, even the toughest athletes can start to fray about the edges.

That is where Christopher is likely to show his greatest strength – fortitude.

In the summer of 2013 he was in what felt to be his lowest of lows. He and his wife, who struggled with bi-polar depression, separated.  As a father of 4, in a hole-in-the-wall apartment working a miserable job full of negativity, he found solace in some of the friendships he began to develop.

One of those friends told him about the SPARTAN RACE, a race scattered with challenging obstacles such as a barbed wire crawl, rope climb, weighted bucket carry and the ever-present walls to surmount – it felt a bit akin to life to him at that moment, and with a weeks’ notice he signed up.  He had no idea how to prepare, no idea what to expect, and at the finish line, muddy, bruised and exhausted, he was hooked. The community, atmosphere and the positivity of the people around him were undeniably infectious.

Two days later, he gets the news that his wife has died. He had a choice to make in an instant – to crawl into a hole and into a deep depression, or make a much needed change in his life. His growing involvement in the OCR (obstacle course racing) community offered support he never knew existed, and he jumped in with both feet.

A large component of the OCR community is support groups for people with disabilities, and for war veterans who have suffered both physical and emotional injuries. One such amazing organization, OPERATION ENDURING WARRIOR, a veteran operated non-profit whose mission is to “honor, empower and motivate America’s wounded military service members”, uses OCR as a way to overcome the adversity and hardship using positive forces propelled by teamwork, identity, and perseverance. Christopher was immediately moved by the sight of wounded soldiers, some with multiple amputations, all in gas masks accomplishing what looked nearly impossible while making it look effortless. That October, he submitted his required video, and did the requisite fundraising (telling his friends and family if he raised the money, he would quit smoking – which he did),  and at the beginning of this year, succeeded in the grueling 24 hour masked physical challenge to become a part of this inspiring and amazing team.

OPERATION ENDURING WARRIOR, along with the OCR community that brought him to them, are now his family, giving him a passion and drive for life he never thought possible, and in return, doing his best to give that back to those who need it as he did. Christopher will be inspired to complete THE DEATH RACE this June, in honor of those amazing people, who always strive for more, to be stronger and to live beyond limits. And with that incredible motivation, he is going in with one mantra: “Failure is NOT an option”.