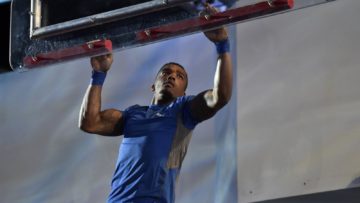 American Ninja Warrior aired their annual All-Star special this past week. ANW Nation has a recap of the team challenge portion of the event.

American Ninja Warrior kicked off the All-Star Special with an incredibly exciting team challenge. This season, Kristine Leahy got to select a team of Ninja Warriors, alongside Matt Iseman and Akbar Gbajabiabila. All the teams relay raced down Stage One of the National Finals. The team with the fastest time advanced to Stage Three automatically. The other two teams faced off on Stage Two to decide who moved on to the Stage Three competition.