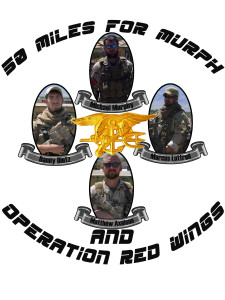 Last year was the first 50 mile run in honor of Navy SEAL Lt. Michael Murphy, his teammates and those who passed away during Operation Red Wings on June 28th, 2005. Jeff Rondina and I made the run from El Barrios Bravest Fire Department in Spanish Harlem, Manhattan out to Lake Ronkonkoma, Long Island. After 12 hours, we reached our destination just in time to begin the 4 mile Run Around the Lake which was being held in Murph’s honor. That was exactly one year ago today as I am typing this. Well, I will be doing the run once again this year.

For those unfamiliar with Murph and Operation Red Wings, I’ll try to give you a small insight to these men. After being compromised during a reconnaissance mission in the Hindu Kush of Afghanistan, the four man SEAL team consisting of Michael Murphy, Marcus Luttrell, Matthew Axelson and Danny Dietz, were in a heavily outnumbered firefight with the enemy having the high ground as well as the right and left flanks. Due to the terrain, their radio was unable to establish communication back at the base. After trying to reestablish their position by taking several dangerous leaps off the side of the mountain, their wounds started to get the best of these warriors. Murph decided to break from cover and go out into the open to try and receive a signal on his satellite phone in order to call for support and immediate extract for his men. Despite taking a round that caused him to drop the phone, Murph picked it back up and completed the call to get aid for his men, ending the call with “Thank you, sir.” Murph would eventually succumb to his wounds but due to his actions and giving their location, the remains of his men would later be found and would give a directional point on the search for Marcus Luttrell. Danny, as tough as he was, was always bringing up the rear and trying to establish comms during the fight. Axe continued to draw fire to try and draw the enemy away from Marcus’ location. His remains was eventually found with his pistol emptied and the slide locked back, showing he fought to the very end. 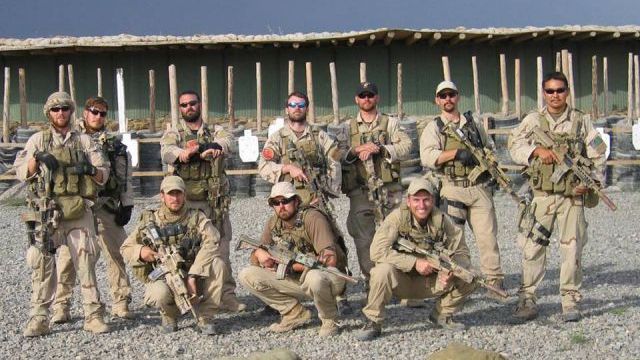 As the Quick Reaction Force team was making its way to the SEALs on the ground, the Chinook Helicopters, carrying Navy SEALs and Army Night Stalkers, reached the scene before the Apaches could, which were supposed to provide covering fire. Knowing the SEALs were grievously wounded, the Night Stalkers bravely flew the Chinooks close to the firefight in hopes of extracting the SEALs as close as possible to their teammates. Unfortunately, an RPG was fired through the hull of one of the Chinooks, causing it to crash alongside the mountain and killing the 16 men on board. Marcus Luttrell, the last man on the ground, survived the firefight and was found by local villagers. These villagers, through a traditional code known as Pushtunwali, protected Marcus from the Taliban until he was later rescued by U.S. Forces. It is because of Marcus that we know what happened up on that mountain that tragic day.

These are the men who I am running for, who I am honoring. It is rare that someone would lay down their life for another and these men were willing to do that without hesitation. More people need to know about them and their sacrifice. This is why I am running in their honor. This year, however, there are a few changes from last year. Jeff Rondina has been applying for the past three years to be a wildland firefighter and I am happy to say he was finally chosen this year. Unfortunately, he has already left to Oregon to start up training to fight wild fires. With the short time and 2 other races occurring the same weekend, I could not find a replacement.

It looks like I will be accompanied for the first few miles or so and the last several miles by two friends but for the most part, I will be covering most of the 50 miles alone. This is mainly why I think it could be tougher than last year, along with the small fact that I suffered a stress fracture in my foot around the 35th mile. Some call me crazy for trying to still run this despite some set backs. Still, my goal is to finish no matter what occurs. What I will be doing doesn’t come close in comparison to what these men went through. Their memories and the small stories I’ve read and heard about these men will keep me moving forward throughout the night. I will be once again escorted by the Floral Park Fire Department, along with the Mineola Volunteer Fire Department, NYPD and possibly a couple more including the Suffolk County PD.

I will begin the run on Friday, June 27th at approximately 7:00pm from Manhattan and plan on reaching Lake Ronkonkoma by Saturday morning around 8:00am. Then its the 4 mile Run Around the Lake in honor of Murph, possibly with some GRT friends who plan on carrying rucks, logs and other heavy objects. Most of my route will be covered via Jericho Turnpike from New Hyde Park Rd all the way out to route 454 in Suffolk County. I will do my best to update my location throughout the night via facebook if for some reason you would like to cheer me along in the middle of the night.

I appreciate any and all support during this mission of mine. My donation page is live and would really be humbled for any amount of donation. All proceeds will be going toward the Lt. Michael Murphy Scholarship Foundation and the Lone Survivor Foundation. My goal is to raise $1000 by the time I finish my run. Please, spread the word about these men, read the book Lone Survivor or Seal of Honor. The movie Lone Survivor, based on the book of the same name, is out now to own and you won’t be disappointed.

Link for my donation page:

I would really like to thank the following people for all their help so far in this process. -Kim Wolfort and the Murphy Family for all their help in getting this run establish with contacts to the right personnel.
-Ken Fairben, Robert and Toni Wisniewski for wanting to escort me again this year and helping to spread the word to other Fire Departments.

-Chris and Alex Lopes for helping me to get the word out to Fire Departments and providing me with additional escorts to keep me safe.
-Justin Wisniewski for spending so many hours to bring my design to life for this year’s shirt. Cannot wait to wear it proudly.

-To Denise, Robert, Craig, Matthew, Kerri and MaryAnn for their donations -Paul Buijs for allowing me to write this on his site and for his editing skills. -To Andrew over at Gatorz Sunglasses

-To Bobby and John who plan on running some of this with me
-To the families of Operation Red Wings and their support in my journey to honor their loves ones
-Finally, all the FDNY, NYPD and Volunteer firefighters planning on escorting me on this run to ensure my safety. 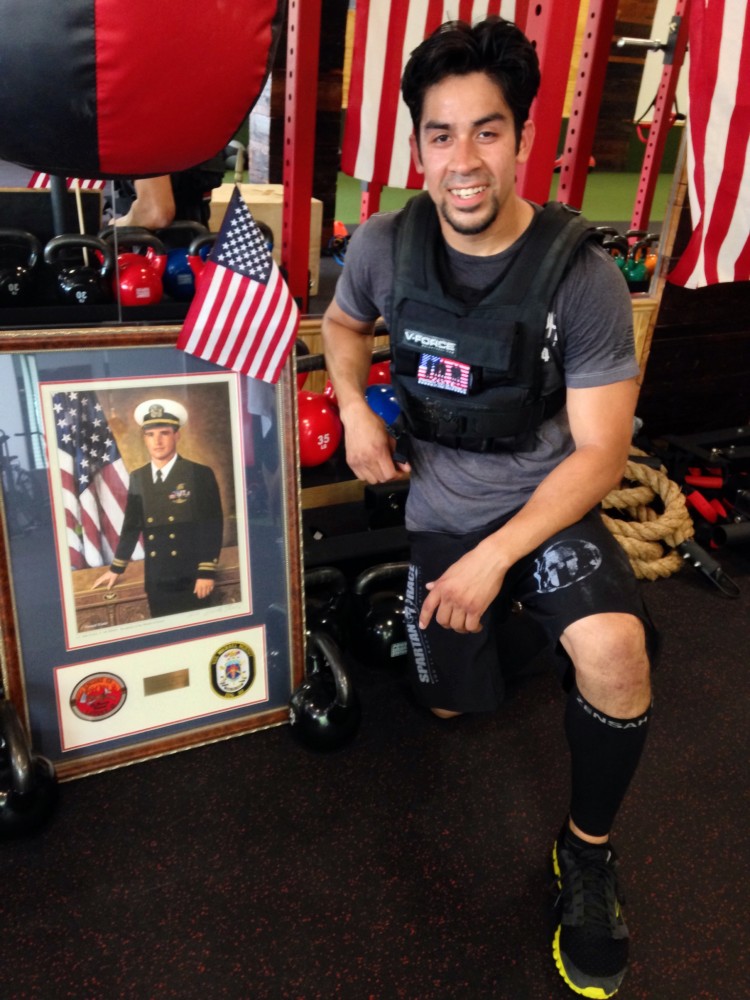 Save $10 on Bone Frog Challenge