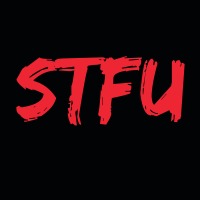 If Internet chatter is any indication of reality, Spartan Race’s “identity crisis” has finally trickled down to the participants themselves.  The race’s popular acronym, STFU (Spartan The F*%# Up), has become the verbal equivalent of a sword, splitting Spartan racers into two distinct camps and revealing differing philosophies of what obstacle racing is and should be.

Spartan made its mark in obstacle racing by popularizing a ‘sport’ that was the antithesis of traditional, sanitized athletic events. Obstacle racers were a different breed with participants from all walks of life enamored with the rugged, unruly, rebellious sport that mirrored the dirtiness of life struggles and accomplishments. The weekend warriors competed side-by-side with elites.  Camaraderie was evident among all cross-sections.  Joe De Sena wanted to “rip people off their couches,” and force them to respond to harsh, difficult, and sometimes unfair challenges.  He did just that, while simultaneously and perhaps unwittingly, giving rise to a close-knit community who ate, breathed, and slept obstacle racing.

Then Spartan Race and OCR itself began to emerge from infancy.  Introduce Raptor Capital Management, Reebok, pro-team sponsorships, larger cash prizes, De Sena’s proclaimed goal to get Spartan Race in the Olympics, and the sport and the participants within began to shift ever so slightly.  Competitive racers now had more on the line than just weekend bragging rights.  Sponsorships, national exposure, and prize money was at stake.  Spartan began attracting high caliber athletes from other sports lured by cash prizes and the possibilities of making their mark.

That’s when the identity crisis started becoming evident…at least to those who are attentive to the OCR industry.  Spartan had created almost competing goals with itself.  How could it cater to the masses who flocked to the races because of the OCR ‘tradition’, yet at the same time create legitimacy within an emerging sport that could eventually catch the eye of the Olympic Committee?  Several serious OCR insiders noted this, but it didn’t spread to the greater OCR population until recently.

A growing number of Internet fights/discussions/debates/quarrels have started popping up, seemingly every day, and they all have their roots in the aforementioned differing philosophies of obstacle racing. Those who embraced OCR as a legitimate ‘sport’ (regardless of Olympic hope) became more vociferous in what needed to happen with regard to rules, standardization, etc.

The select few who are semi-pro obstacle racers see potential for the sport as a whole and for them personally. Yet whenever anyone voiced those concerns, “traditionalists” would push back in fear that OCR would be ruined, sanitized beyond recognition.  Competitive racers who suggested that steps needed to be taken to ensure fairness in competition have often been met with cries of “STFU!!!!”

Debates raged; some calm, reasoned, and civil….others not so much.  Unfortunately STFU has been used as a sometimes unconditional response to calls for progress or change of any kind.  That acronym, which at one time was extremely popular throughout Spartan vernacular, has slowly become a proverbial 4-letter word among a contingent of racers.  “I’ll be happy if I never hear ‘STFU’ again” has been muttered more than a few times.

Whether it is a blessing or a curse, I can see validity in both sides of the argument.  Traditionalists fell in love with the attitude and philosophy of STFU and are unwilling to give that up.  I understand that completely and would hate to see that spirit die.  That attitude has literally changed lives and ultimately is the heart and soul of OCR.  At the same time, others have visions of obstacle racing that go beyond a weekend of improving themselves by overcoming challenges.

What SHOULD Spartan’s identity be and is it really a CRISIS?

As a business, Spartan Race depends on the “masses” of people who show up to participate, challenge themselves, be a part of a group, and simply do the best they can.  They form one side of Spartan Race’s identity and provide much more than a significant source of funding for the races.  On the other side of the equation is a group of athletes who have embraced the idea that OCR can be a true “sport”.  That philosophy requires a different framework, one that has clear rules, fairness, and sacrifices a portion of the rebellion for a level and safe playing field.  That philosophy does not meld all that well with a traditional OCR philosophy.

Can both visions be achieved?  Perhaps, but it will not happen overnight and it may never occur.  Perhaps Spartan is fine with dueling identities and trying to achieve two goals.  De Sena himself created both identities.  Can we as a racing community be fine with it?  I certainly hope so because I remember a time not too long ago when STFU was uniting, not the inflammatory term it is becoming.  At the end of the day, I think the Spartan community will survive the debates.  We’re a pretty good group of people and if we take the time to rationally discuss and understand the philosophical differences, we will continue to make this sport the best on earth.

Author’s note: For the sake of illustrating Spartan’s dual identities, I painted a picture with broad swaths by placing all obstacle racers into 1 of only 2 categories.  Obviously that is not 100% true and there are varying degrees of thoughts and opinions on this subject.  Some that I have placed in one category may agree more with the other side’s philosophy. I know many who fall in the traditionalist camp who are ardent supporters of progression toward legitimized sport.  I also know elite competitors who see the value of the traditional spirit.  Some, like myself, can see both sides of the issue.  I know others who have no opinion either way and will simply enjoy whatever Spartan Race has to offer.

I should also point out that this article is clearly a vast oversimplification of nuances involved with serving customer bases with 2 different sets of needs. Painting the extremes makes it easier to discuss the issues at a more conceptual level without getting lost “in the weeds”. To address all sides of the issue would require a dissertation. I’ve already written one of those and I have no desire to do it again! 🙂

If you liked this article (or even if you didn’t) you can find more like it at the author’s obstacle racing website:  OnMyWayToSparta.com

Why you won’t see OCR in the Olympics soon, why this...