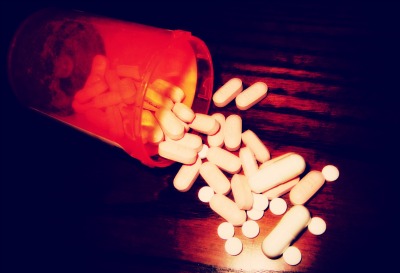 Will doping become an issue within the OCR community or is it already there?   Let me be clear that I am making no suggestions, but if we compare ourselves to Crossfit and triathlons (which we often do), then it is a reasonable question to ponder.

Noted steroid and performance-enhancing drug (PED) experts, John Romano and Anthony Roberts, have boldly suggested that many of the top Crossfit athletes use performance-enhancing drugs (PEDs).  Their recent article goes into extensive detail on why they feel confident making that claim.  Another recent study reported that nearly 1 in 7 German tri-athletes used World Anti-Doping Agency banned substances to enhance physical performance.  [An abbreviated interpretation of that study appears here.]

Like it or not, as OCR moves closer to formal sport recognition, as competition increases, and as prize purses and opportunities for “fame” grow ever larger, this ugly subject has to be discussed.  If you believe Romano and Roberts, then PEDs are already being used by some OCR athletes.  They state “But remember, while we’re talking about Crossfit, we’re also talking about every sport on the planet – and we’re just not saying anyone has used steroids, or will use steroids, in Crossfit and/or The Crossfit Games, we’re saying that no sport is 100% clean, and no sport ever will be.”

Although OCR is not yet a recognized sport, this matter necessitates a long, extensive, and in-depth conversation.  The topic of steroids and PEDs is very complex and convoluted, fraught with tangled strands of scientific, ethical, procedural, financial, logistical, and legal questions.  We could debate all day, every day for weeks on end and still not cover everything…….. but we have to begin somewhere.

Let me start the conversation by posing a few questions for all of us to consider, for some of us to discuss, and for a few of us to address.

I hope this is a non-issue, but my experience and my modicum of intelligence tells me that at some point in time, it probably will be.  There. I’ve started the conversation and I now leave it up to others to continue it…..not to accuse or attack individuals, but to protect us all from speculation.  We have a great community and we need to support, strengthen, and protect the reputations of the many honorable athletes in our midst.

*Thanks to Paul Buijs, Joel Getty, & Hobie Call for the short Facebook conversation leading to this post.

The Lore of the Death Race