I know many obstacle course racers have been getting people motivated to take on their favorite race in the OCR racing community. But did you know one of the main reasons that many potential racers have not taken part in an obstacle race? The mud and the water are some of the main fears many potential participants do not like nor want to deal with the muddy aftermath, as well as the possibility of having run through something other than just mud (since many of the OCR races take place on farm land which can have more than just regular ‘mud’ on the course).

If you are or know of one of these folks, there are more and more opportunities to become part of the OCR community without having to deal with the mess. There are some basic for fun events (ROC Challenge) that are a great introduction to obstacles, but some want a timed event that is as equally challenging as the bigger and more physical mud races. Well there have been some races just announced that will be taking advantage of not only the obstacle challenges, but keeping the race on dry land so it can draw in more potential racers into the vastly growing OCR community. One of these races has come into the spotlight as a great possibility of taking the obstacle race to the city masses while holding true to the appeal of the original races. 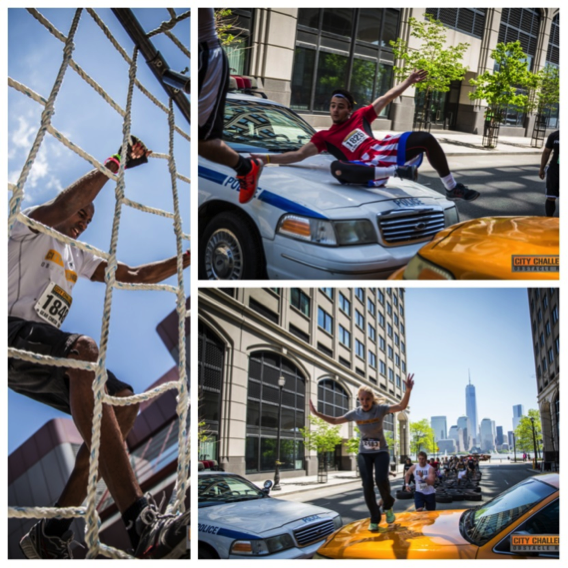 Founded in 2013, The City Challenge Obstacle Race (www.citychallengerace.com) has become the leader of the ‘urban’ racing obstacle series. The City Challenge Obstacle Race held its first race in Hoboken, New Jersey in October of 2013 and produced a quality event. This enabled the organizers to begin their controlled expansion to other locations. After having a great event in Jersey City in 2014, More locations were added with Hoboken, and New York scheduled for the Fall 2014. Heading into 2015 they are looking to expand to a few more locations (Miami is currently planned, with other locations being researched) to keep reaching out to the many urban areas that can handle such a big event.

The City Challenge race is one race that has started with a great idea and has been successful in implementing their ideas into the planning and development of their course. Founder Elvi Guzman has been working diligently to make sure his obstacles are not only challenging, but fit into his idea of making a fulfilling course, but in a city format instead of all of the mud and wetness that is part of the major player races that OCR racers participate in. This would attract many more racers that are in the larger city areas, and would more likely participate in the race since it is very close with much less traveling to a remote venue that many other races have had issues with (parking, limited access to the start and festival areas). 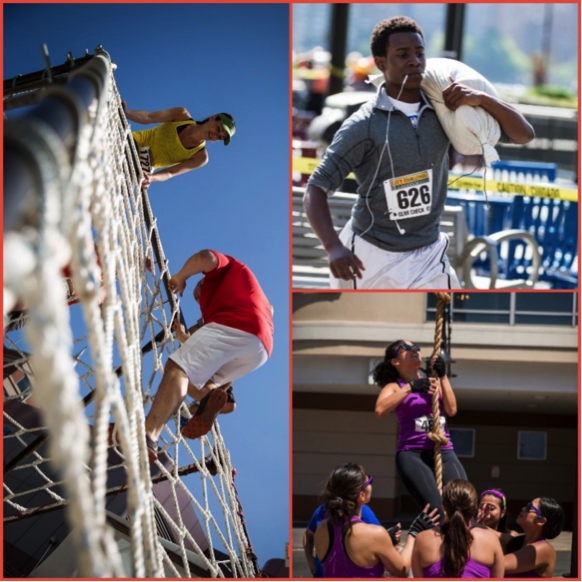 With Elvi’s emphasis on the city aspect of the race, he is able to make some familiar obstacles more challenging, as well as introduce some other obstacles that you would not see on a mud course. You will see on the City Challenge Course over 20 different urban obstacles, which includes some familiar obstacles like the Cargo Net Climb, Tactical Rope Climb, and Monkey bars. But there are some other great obstacles thrown in that are new to many racers, which include the Slam Ball Strikes (slam 20 lb. medicine balls to the ground for 30 reps), Bear Crawl Sprints (crawl on all fours like a bear and sprint for 40 yards under safety fence) and one of the favorites in this race, the Caravan Parkour (clearing the hoods of two police caravans parked bumper to bumper).

With these obstacles they are sure to challenge the first timer, along with any seasoned veteran of the OCR racing community.
Along with the course, Elvi also looks at the event pre and post festival event as an area that can be utilized with many of the offerings that the urban locations can offer by way of food and entertainment, so not only is there a benefit to the race, but also to help the local businesses receive a large boost from the race participants. This type of planning can be a huge benefit to the racers with multiple choices of food, vendors and entertainment that are part of the regular racing atmosphere.

With the success of this event, there are going to be many more companies looking to follow the City Challenge Race lead (Tough Mudder announced an ‘Urban Mudder’ being developed) so make sure you take advantage of the race that has the urban plan moving and giving racers a fantastic and new experience for the OCR community.
Look at their current events listed for 21014 and look for more events being planned for 2015 from this great race!!