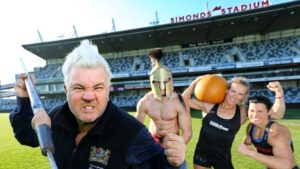 Spartan Race’s expansion into Stadium Event looks to be on hold in Australia after losing nearly $80,000 on the final 2016 event at Simonds Stadium.

A THREE-YEAR deal to hold an annual Spartan race at Simonds Stadium has fallen over.

Spartan Race Australia axed the plans after the inaugural event, held in December last year, lost about $80,000 despite a City of Greater Geelong contribution of $15,000.

Feedback from the participants was they prefered the traditional sprint style races over stadium events.

Very vocal feedback from a huge majority of our racers was that the stadium races are cool but we love Spartan races because it’s out in the bush, because we’re running up hills, because we’re going through mud.

Mud Runs and Obstacle Races – Dirty Fun! Why I choose...