With the speed that obstacle course racing is now growing, it’s not surprising that we are beginning to see many smaller events start to pop up around the behemoths such as Spartan Race, Warrior Dash, and Tough Mudder. Many try, but few tend to succeed in establishing a unique and sustainable OCR race. In addition, it is increasingly difficult for these smaller events to differentiate themselves and provide a unique experience that you are guaranteed when you attend one established OCRs. Living in the North-East, where it is possible to find an OCR almost every weekend during the season, I now have the option to be extremely picky when it comes to which events I attend. With all this being said, I felt obligated to share my experience at Savage Race in Albrightsville, PA.

Savage Race is not new to OCR, holding their first few events in 2011-12 in Florida and having since expanded across the East Coast with 9 scheduled events in 2014. Having been around for several years, Savage Race has begun to schedule annual events in repeat locations, while continuously adding new ones, some having multiple dates in a single season. Their signature blue painted obstacles include Davy Jones’ Locker (cliff jump), Sawtooth (tricked out monkey bars), and the largest obstacle I’ve seen to date- Colossus (quarter pipe accent to a steep water slide). All waves are timed by J-Chip (the same company that does Spartan) and awards are given to the the top 3 elites in each of the 5-year age groups. Top overall male and female take home a huge Savage ax trophy.

What really matters though is how the event comes together and bottom line- Savage nails it. They have obstacles which are unique to their events and others which you’ve seen before, however there is enough variety that you will not be disappointed. They used their given terrain well and space out the obstacles far enough that there was not any long stretches of running. The course, which my GPS measured at 4.39 miles, was predominantly through wooded trails with little to no elevation climb, but were technical enough to keep your eyes pinned to the ground in front of you. Being held on a paintball course, all of the bunkers and tunnels previously built, were incorporated into the race.

Although I had a great time at this race, there were several things that could have been improved. The placement of the ice bath which was appropriately named, ‘Shriveled Richard’ was about 100 yards from the start, which caused major backups as a result of the limited number of people who can complete it at once. Having placed this further out would have given racers time to spread out before getting to it. The open heats ended up with a line right away, having some people wait 5 or so minutes to get up to it. Course marking could have been better. I personally did not have an issue with this, but spoke to some racers who did end up getting off course. My last real gripe is that Savage continuously has its version of electroshock- ‘Tazed’. Without going off on a rant about how I feel about this obstacle, I think it should be taken out of all OCR’s and it makes me cringe when I think about once again being electrocuted. Luckily, it seemed to be turned off (or broken) for the competitive wave, with no one getting shocked.

Overall, I highly recommend Savage Race. I had a great time and will be returning for more. The unique obstacles and smooth event event execution made this a really enjoyable day. The plethora of age group awards give racers a chance to podium on an even playing field, when doing so at some of the larger events is much more difficult. If you haven’t yet ran a Savage Race, do yourself a favor and sign up! 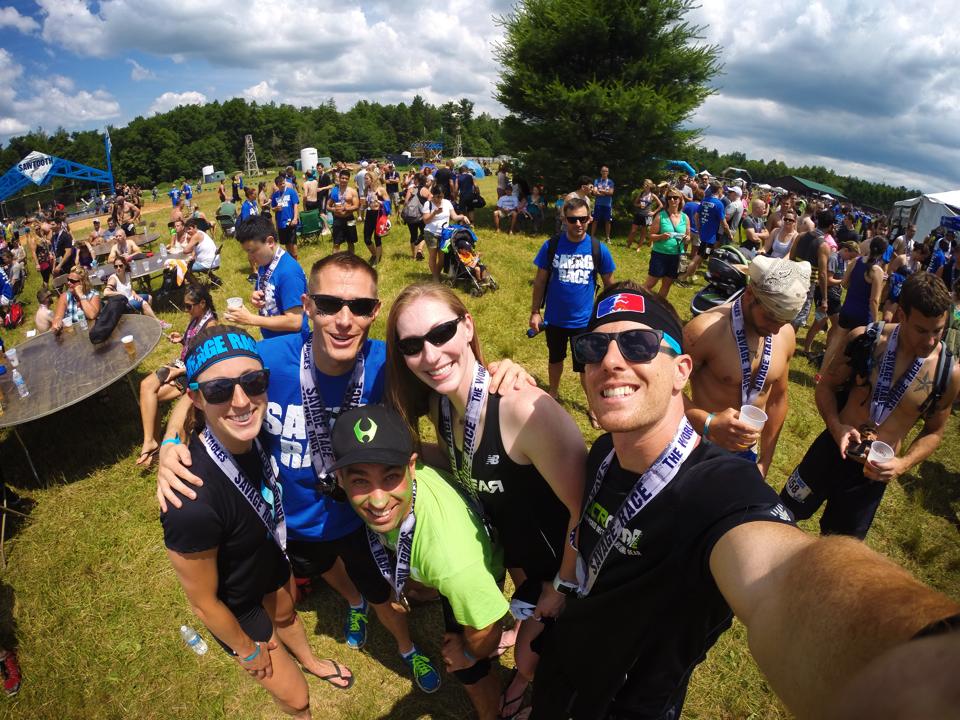