We all look for productive ways to unwind, to get away from a stressful week or just take a break from our everyday lives.  Generally, most of us are resourceful enough to find this serenity we need, but in the average world, even those brief moments can be boring and often monotonous, that is, that relaxing weekend in the Poconos or partying it up at the bar/club or dinner and movie night with whomever just becomes, well… not that satisfying after a while as if it part of the your unsatisfying routine.  It’s as if we lost all hope in society, leaving many to believe that it has lost its finesse.  Then you attend an obstacle course race (OCR) like Mud Guts & Glory that helps restore humanity in its most primal fashion.  Based out of Oregonia, Ohio, MG&G gives people an opportunity to break up the every-day routine and get away from what society has deemed or what people call a good time.  It’s not imply that everybody is unsatisfied with their life, but more people than not, don’t want just a good time with the same ole’ amusement, they want adventure and excitement and at the same time experiencing something they have not yet experienced but often don’t how to get it.  Look no further.

MG&G, which began on August 13, 2013, is the 2014 home of the inaugural Obstacle Course Race World Championships (OCRWC) and is one of the largest stationary OCR facilities in the northern region of the U.S., With that comes a lot of perks – basically it lays out the foundation for them to be the one-stop-shop in the world of extreme racing.  Because they are not a mobile outfit:  the costs of registration remains at a reasonable rate compared to that of other top competitors and more importantly, the fees don’t go up regardless of how close to the race date you register.  They offer 4 types of onsite shelter for reasonable costs, as opposed to the average hotel, which means a lot when you factor in race and travel costs.  Sleeping accommodations range from bringing your own tent for camping out, cabins, dorm rooms and cottages.  Other accommodations are also available like onsite training camps which can be purchased individually, in a package or part of the Kings Domain season pass. 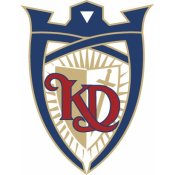 Wendel Deyo, formerly of Athletes in Action and now founder, president and CEO of King’s Domain had a vision to create a place where people, especially from the Ohio metro area, can escape from their every day lives.  Kings Dominion is spread out over 120 acres of forest, creeks, and hills.  He stands by the concept that they provide the perfect setting for retreats, conferences, weddings, and outdoor adventures including hiking, canoeing, paintball, and team building challenges, which is how the idea of Mud, Guts & Glory ca
me to play.

John King, Race Director says, “The inspiration for MGG came from a desire to more fully utilize the property of King’s Domain, a conference and retreat center which has a primary mission of serving youth from age 5 to the college level.  A key aspect of King’s Domain’s offering is a program for at-risk urban youth over 10 weeks of summer.  Because this program is in the heart of the typical earning season for a conference and retreat center, and because King’s Domain pays the majority of the expenses for these kids, there is a need to establish additional revenue generation to expand these programs and impact more youth.  The property has excellent topography for an OCR event, and after attending an event and seeing the growth of the sport, the concept for MGG was born.”

From that moment on, Deyo knew that they had something special and it wasn’t just that he created a venue that people of all ages and all fitness levels could come to and train/compete, but that currently, some of top athletes in the OCR industry also wanted to come out to play, which ultimately will bring more competitive athletes, which ultimately with bring in more revenue.  Deyo’s goal is to not just fuel athletes and help the average person looking to make a lifestyle change, but also to continue to deliver a brand that will make people want to come back for more, making MG&G the go to spot for OCR racing and an event that participants will put on their calendars annually.

“Our events resulted in rave reviews from the OCR community, says King.”  “Including first-timers, through to the elite competitors that attended (on Aug 31st, our inaugural event, the male/female winners were Junyong Pak and Amelia Boone, so you can see that we’ve had some of the top competition in the world at MGG).”

There is a place for elite competitors at MG&G with attractive features like, an elite heat rewarding cash prizes for the top 3 male and female finishers, a 5+ mile distance option and new to 2014, held on October 25th and 26th, the OCRWC, which is projected to be one of the greatest racing events of the year.  The OCRWC is rewarding a ten thousand dollar prize for both the top male and female finishers.  You must qualify to be accepted into the event.  Qualifying OCR events include themselves, Spartan, Tough Mudder, Warrior Dash, ABF Mud Run and several more.

MG&G and Kings Domain provides fun for the whole family.  There are 5 different level options to choose to run in, so you can most certainly come out with the kids and make a day out of it.  Standing in a class by itself, MG&G is not trying to compete with other OCRs and unlike most of them, it is the choice of MG&G to have a stationary course and to not run events in other states.

“First and foremost, we are a permanent venue, so we’ve built the course and the obstacles to last.  We’ve also tried to integrate nature into all aspects of the course.  The terrain which includes creek beds, hills, ravines, and beautiful scenery and many of the obstacles are built from or into the forest resources that were available to us.  We invested in a permanent course with a long-term vision for what this can become.  We want to invest our time and money to continue to make this a premier course and to run top-notch events.  We also want to stay focused on the ultimate beneficiaries of any MGG proceeds, which are the youth that experience our programs in the summer,” says King.

It looks as though the future is bright for MG&G, thousands of participants have already registered for their next event being held on May 24th, then again on August 16th.  Deyo anticipates 2014 to be an epic year in the sport of OCR.  He said, “I think 2013 was a tough year for the sport, and that’s not unexpected considering the rate of growth and the number of new participants that entered.  I’m not surprised to see some of the smaller events folding, as this is natural in any growing industry.  I’m hopeful that the safety lessons that have been learned will be applied across the industry, and with the newly forming sanctioning bodies, I think it’s likely that we’ll start to see a shakeout of OCR as sport vs. OCR as entertainment.  I think there’s room for both aspects of this to grow substantially, particularly when I hear the success stories of people who have been hooked on OCR and positively altered their health and fitness as a result.” 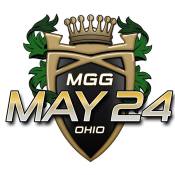 Register now for May 24th with rates as low as $25 for family course participants up to $99 for elite heat participants.  Soon to be a household name is the World of OCR, Mud Guts and Glory continues to give the people what they want.   Book now and get one of their onsite sleeping accommodations and if you had the guts to make it through the mud and experienced glory, don’t forget to look into the OCRWC.

And the Largest OCR Team is…

A Closer Look at the Reebok All Terrain Series