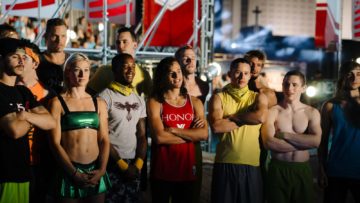 In season eight, we all lost our minds when four women qualified for the Philadelphia City finals, the most in the show’s history. Jessie Graff, Meagan Martin and Jesse Labreck qualified for the National Finals. This is going to become common place. The door has been opened for female competitiors. That mental block of “this is so much harder for women” has been shaken. The women are going to take to the course with a focused determination that’s going to push more farther than ever.