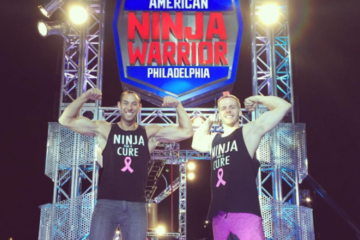 When Henry Ferrarin’s mother was diagnosed with an aggressive form of breast cancer in 2012, he felt powerless. It was a feeling the youth basketball coach and athelete wasn’t used to dealing with. His mother’s strength through her cancer treatment inspired him to start training for American Ninja Warrior. Now a two time American Ninja Warrior competitor, he’s also partnered with the Breast Cancer Research Foundation to “Ninja for a Cure.”

Jessie Graff talking about her setbacks will get you motivated