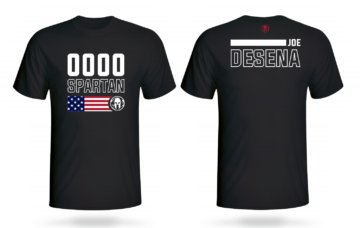 Spartan is requiring athletes who appear on the podium to wear shirts provided by Spartan race for some of the photos. Those shirts were revealed today.

Spartan Race earlier this year made waves when announcing new rules for elite athletes in 2017. One of those rules was the requirement of approved Spartan apparel for the podium photos. Athletes across the board weighed in on the matter. Joe De Sena, CEO of Spartan Race, responded saying athletes would be given special podium shirts for the 2017 season. Today, the designs of those shirts have been unveiled.