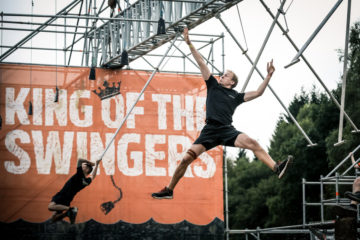 Tough Mudder is expanding their TV partnership to the UK, with their World’s Toughest Mudder series set to air on Sky Sports. This same series previously aired in the US. This partnership will also include their new digital series just announced.

Tough Mudder Inc., the leading active lifestyle brand, today announced a video content partnership that brings Tough Mudder to digital and linear platforms on Sky Sports. Beginning in January, Sky Sports Mix will give viewers an in-depth look into all the action from the 2016 World’s Toughest Mudder, the grueling 24-hour extreme endurance race in which participants and teams compete to be named the World’s Toughest Mudder Champion.

CW Series “The Challenge Within” Trailer | Why Tough Mudder

Executive Producer Brian Richardson weighs in on the home stretch of...