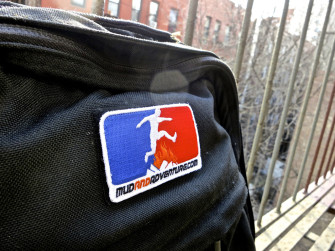 I own two GORUCK bags. Mud and Adventure sells patches to go on GORUCK gear.  People tag me in posts related to GORUCK. We’re a GORUCK affiliate. Everyone seems to assume I’m part of the GR community. Well I guess I was in the slightest sense in that I respect who they are and where they come from, what they make, what they are doing for the obstacle race / challenge industry and the type of people that dig their events but I’ve never actually done a GORUCK (Challenge event) myself.   Go figure.

To be honest I wasn’t really sure if I ever really wanted to do one.  I like physical challenges but the thought of a team based event, especially a military themed one didn’t appeal to me. Truth be told I don’t like being told what to do and I don’t want my been there, done that attitude bringing down the experience for people I’m teamed up with. Plus  I didn’t really feel the desire to march through a city like a bunch of overgrown boy scouts following a “cadre”.

I had a good idea of what a GORUCK event may entail. I figured it was like a longer Spartan Race Hurricane Heat (a multi hour team based suffer fest) with a weighted ruck covering miles of a given city instead of a ski slope. While I figured my conceptions were probably true I should probably still check the box one day – even if just out of the desire to maintain some credibility in my industry as the founder of this here site devoted to mud runs and such.

Tuesday September 10: 18:45 (6:45 PM) I get home from a 2+ hr bike ride covering mileage I haven’t been able to do for two months due to various respiratory ailments (obviously the whining has started before I have even begun).  I log on to Facebook and see there is a 9-11 GORUCK challenge happening that night in NYC. I HAVE TO attend this! 9-11 a day when I usually feel kind of lost,  snuck up on me this year even though the lost feeling was stronger than ever . I recently quit my job as an Air Marshal to run Mud and Adventure full time. Admittedly, I was questioning my choice and passion towards my new solo career.

From the Facebook posts it looked like there was one person who couldn’t make the challenge that night possibly leaving a spot open. Olof’s girlfriend gave me the start address.  I tore up my apartment packing energy gels, protein bars, a knife, zip ties, flashlight, a couple of cans of Kill Cliff,  a spare Camelbak bladder for my friend Freddy, and a couple of headlamps into my GORUCK GR1 (gloves would have been nice).  I hopped in a cab and arrived drenched in sweat at the starting point down by Wall Street just in time for gear inspection. Patrick the organizer of this custom challenge (you can request your own challenges) had a spare set of bricks for me to properly weigh down my ruck.  No bricks, no go.  It was thus meant to be. 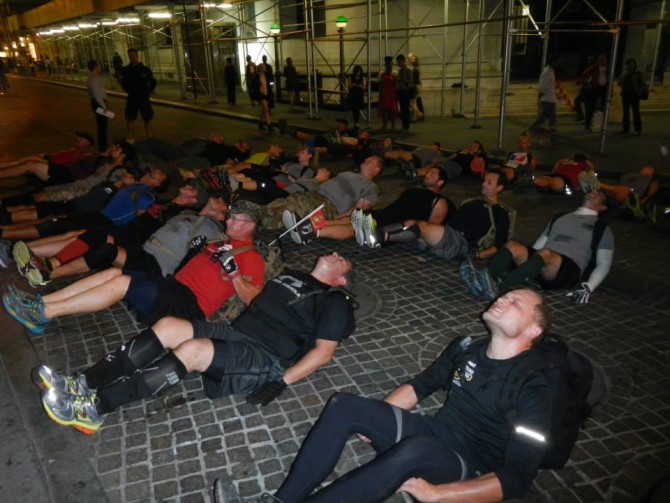 I was doing this. No matter what I was going to do this. It didn’t matter how much it was going to suck. This night it needed to suck. Because I hadn’t suffered for 9-11 (for better or worse I didn’t get to really test myself as a Marine during peace time or experience anything that really tested what I was made of as a federal air marshal).  I don’t know why, but I wanted to suffer for 9-11.

34 of us fell into formation.  Bag pipes started playing. Nothing gets me watered up like bag pipes and this night was definitely special. It was the eve of September 11th and I had left my lonely apartment and what would have otherwise been yet another uneventful night probably spent on my butt scrolling through Facebook statuses. Instead I was in downtown NYC with a really heavy bag on my back getting strange stares from onlookers, about to embark on an unknown adventure. This is how life should be lived. 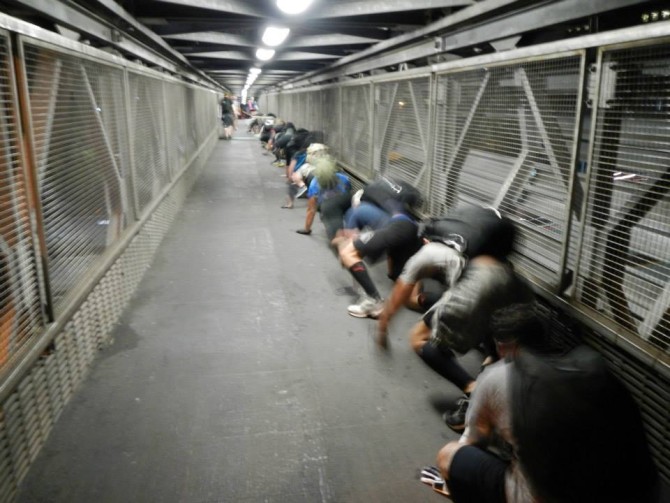 We covered about twenty miles with a lot of highs and lows to go around.  As they say be careful for what you wish for, I was physically miserable for much of the night. After our first little exercise, bear crawling across a pedestrian bridge I quickly realized my two small cans of Kill Cliff needed to go. Their additional weight, even seemingly insignificant by themselves, weren’t worth it. In addition to my weighted ruck, I got to carry a piece of steel from the fallen towers for a little bit.  We all took turns carrying firehose and a set of flags as well throughout the night.  At one point walking up the West Side Highway we were passed by a a couple of thousand motorcyclists starting their trip to D.C.. It was probably past midnight on a Tuesday but the night was more than alive with the roar of the motorcycles and generous amounts of beeps our group and our flags were getting. 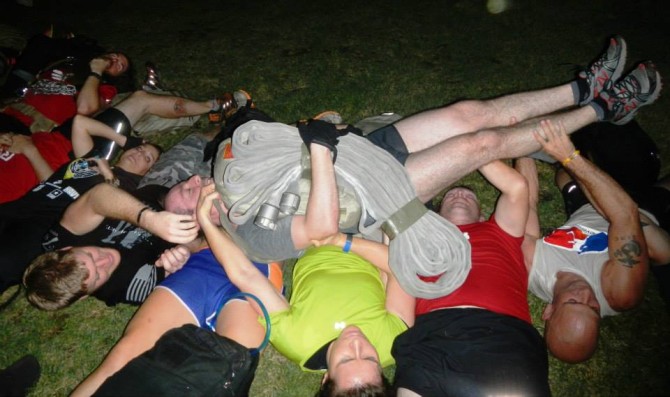 At one point my stomach tightened up so bad I wasn’t sure if I could make it further. I must have drank easily two gallons of fluids. There were definitely a couple of too many chiefs not enough indian times when people were yelling at each other to stay in line and do it this way or hurry up. For the most part I just kept my mouth shut.  Besides the fact that I wore a Mud and Adventure shirt and a Marine Corps tattoo on my arm I couldn’t quit because of my commitment to myself for the night.

It was both eye opening and inspiring to see that there was a large group of obviously regular GORUCKers (sorry, whatever you guys call yourselves), men and women, who were just sucking this stuff straight up, carrying on jovially pretty much the entirety of the night. With as much emotional meaning this event had for me I should have been fired up beyond all normality and I was just struggling to carry my own weight. 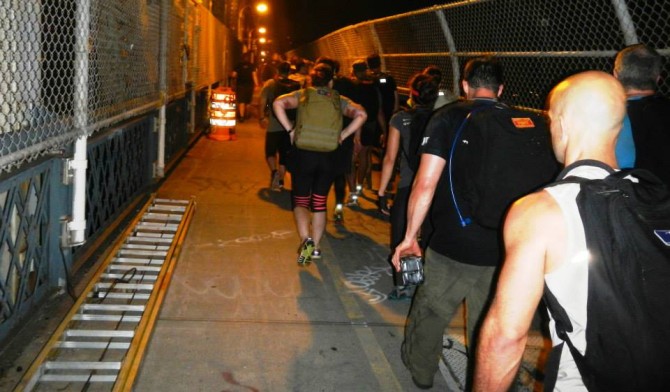 When we got over the Manhattan Bridge, down by the foot of the East River at the start of dawn I was revitalized. The sky was starting to get light over the lower Manhattan skyline with of course the new World Trade Center / Freedom Tower, which was pretty much complete externally, taking center stage.  In the water we went – just like the pictures of previous classes I had seen before. The water was cold but definitely not unbearable by any means. First fludder kicks, then push ups and finally like a well needed baptism, dive bombers for full submersion. 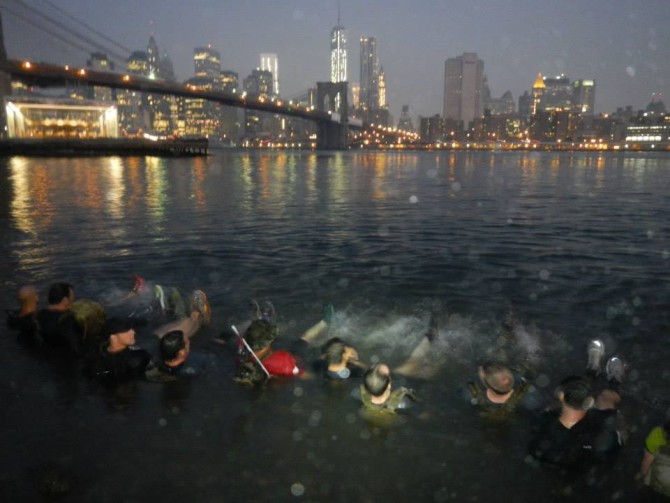 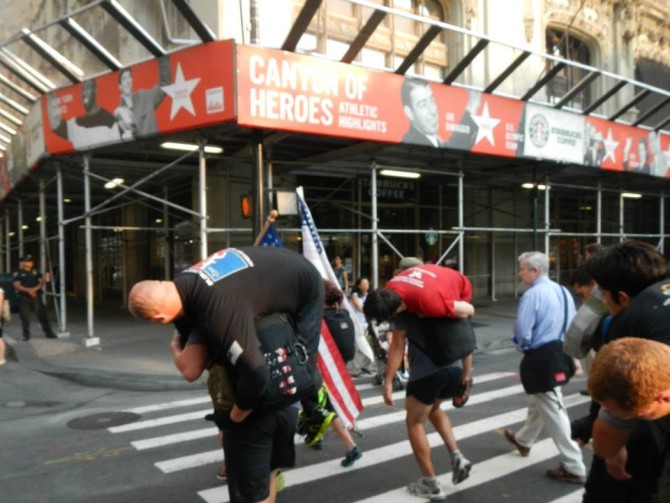 When we finally arrived at fountain close to Ground Zero, we took some time as a group to reflect what the night and the date itself had meant for us. The moment was made even more special for two of the group as one choose to ask his true love to marry him at the end of the event, turning an otherwise somber day into one particular September 11th to be looked back on with happy eyes. He even carried his chosen ring in a waterproof pelican case. 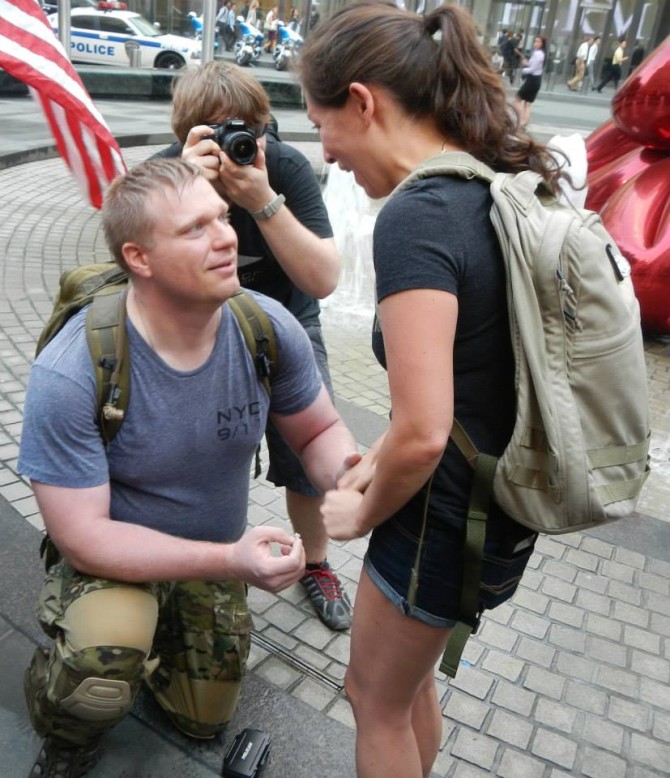 After we received our coveted patches a few of us went to Ohara’s bar for post ruck shots and beers. I had seen the bar before, usually packed full of firefighters on September 11th.  When we arrived in the morning the bar was pretty much ours and I felt like we had earned our spots there and definitely earned the drinks!  I went to check my phone at the bar only to find out that it had died in the East River – despite having a Life Proof case on it (the head phone jack cover had fallen off).

I have been doing a lot of races and events lately. They’re all fun and special in their own right but most seem to bleed together. This event was special. It had given me a much needed pack your shit and go, last minute adventure. It had allowed me to slay some personal demons. It made me fall in love with New York again.  It made a particular date not just a bad one to remember but one that now had both bad and good memories attached to it.

Later that day, after  a short nap, I walked through the city without a working cell phone. I sat by Lincoln Center just people watching (instead of having my head bent over a screen like most) and I talked to a beautiful woman at the Apple store while I waited for a new phone.  I felt alive.

For this I want to thank the 33 others of class 765, Patrick the organizer, the cadre and the happy couple for allowing me to share the night with you. While I’m not sure whether I would do another Challenge again, I am definitely glad I did it.  Their Beached event still looks appealing to me.  I don’t even know what I would do to protect my patch (which has replaced my own Mud and Adventure patch on my GR1). 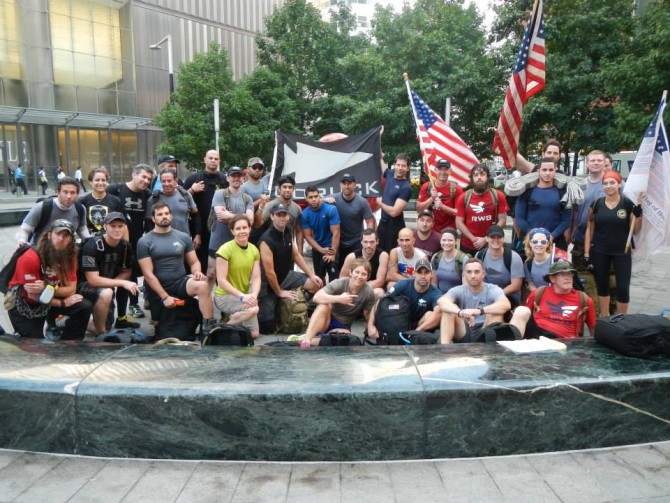 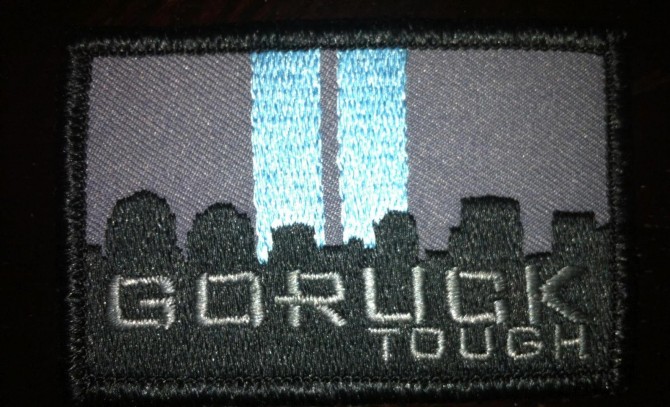 Shadows in the morning

Hangin with the UPS men