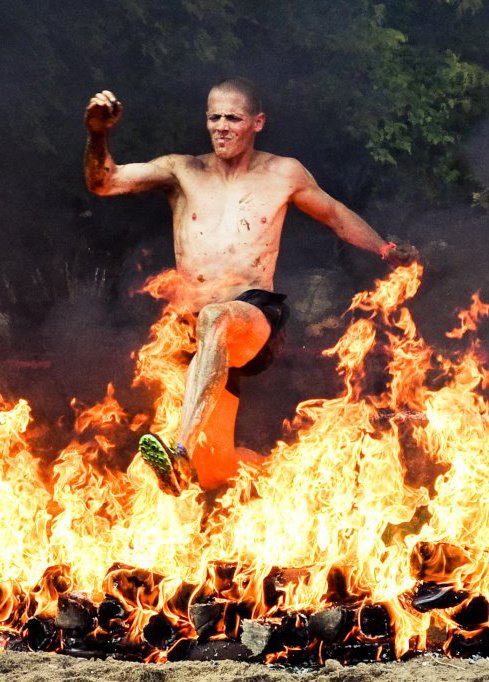 (1) You need a race that millions of people are going to want to watch on television. People want to see intensity and obstacles. Races that are 3+- miles fit this bill perfectly. Just long enough that there is running and endurance involved, but obstacle intense enough to keep viewers interested. As difficult and enjoyable as longer events may be for some athletes, the slower pace, lower intensities and long jaunts between obstacles will not keep viewers interest.

Getting other organizations involved will be much easier than people think. I keep hearing that TM and Warrior Dash don’t want anything to do with racing. That doesn’t matter. You create a race, offer $50,000 for the 1st place team, $40,000 for 2nd, $30,000 for 3rd, $20,000 for 4th, $10,000 for 5th, and I guarantee teams are going to show up. The athletes will demand it, and organizations will have to appease their athletes.

Getting $150,000 prize money will be easy once sponsors realize just how big this event will be. TM alone is popular. Spartan Race is popular. Warrior Dash is popular. But get these 3 organizations and others together into one event, and it will be much larger than any marathon or triathlon on the planet. And viewers will actually enjoy watching it. As hard as they try and as much money as they pump into televising triathlons and marathons, they just aren’t enjoyable to watch. This race would get 10X the viewers easily.

(3) It also has to be team racing because that would enable there to be a few dozen professional athletes instead of just 3 or 4. Instead of the “race” being over once the first few people cross the finish line, now all of the sudden 20th and 21st place really matter also. If you’ve ever watched XC racing, you’ll understand what I mean.

–Someone, somewhere is going to see the genius of this setup, realize just how successful it will be, and make it happen. So you doubters go ahead and doubt, those of you who don’t want anything to do with “racing” go ahead and resist, but any organization that wants to be successful will get involved in the end. It’s where the sport is heading and nobody can stop it.

–He who makes the race, makes the rules. That’s the glory of a new sport. Ready…Set….Go!!

published by Mud and Adventure with permission from H. Call