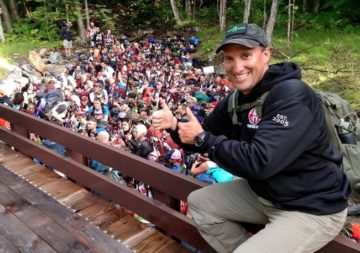 His Spartan journey began as an early participant (and finisher) of the now defunct Death Races. He soon began working for Joe, and grew shortly thereafter into an iconic race director. He informed me yesterday that he is leaving Spartan Race.