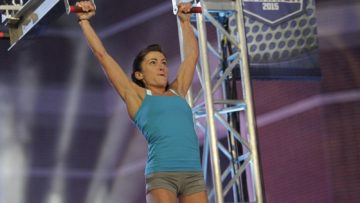 Following the news breaking & video of Kacy Catanazro trying out for the WWE, ANW Nation chats with Sean Rueter, editor and author at Cageside Seats, to find out more information and to try to figure out what that really would look like.

With Kacy, she’d probably be tagged for their own Developmental program and a full-time role. They’d make a little noise about her background on American Ninja Warrior, but eventually re-brand her with a name and character they can copyright.

That they brought her in at all probably means they’re interested. Getting a contract also doesn’t mean we’ll see her on WWE soon, or ever. Signing would be the start of a process where she’d train and work smaller non-televised shows for a year or more

Video of Kacy Catanzaro trying out for WWE Wrestling

Watch your favorite American Ninja Warriors as they “Ninja for a...