Death Race, the words have such tremendous strength behind them. Its actually kind of funny because the combination of words make it seem as though it’s a race to death… which a matter of fact seems to contradict our entire existence as human beings.

So what exactly is a Death Race? Well it will be my first time to experience the Death Race so what I expect is probably much different than what will actually happen (Instead it will be much worse… much much worse).

I, Evan Williams, started racing back at the end of 2010. I decided I needed a big change in my life, and I found it. I had been hanging out with the wrong people and after my first race my life took a completely different turn, a turn for the better. From that point on I have continued to challenge myself by looking for races that are more difficult. 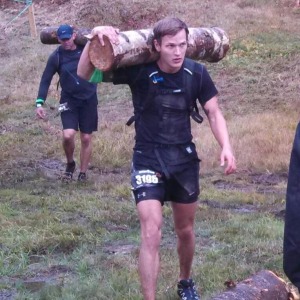 I’ve done a variety of 5k’s, Spartan Races ranging from the sprint to the beast, Tough Mudders, trail runs, and even the Ultra Beast in Vermont.
After completing all of these, it leads me to the Death race.

From continuous research and talking to people that have experienced the Death Race first hand, it has brought me to the conclusion that this is only for the elite. Imagine yourself carrying 25-50 lbs. minimum for a cumulative distance of 40-70 miles over the course of three days. No big deal for some people… but there is another factor that plays into it. Sleep; there will be little to no sleep for the duration of the race. There will be wood chopping (sometimes up to 6 hours at a time), odd experiences like building giant staircases out of heavy rocks, crawling under barbed wire, rolling through fields of literal crap, carrying heavy objects in front of ones body awkwardly. It is a statistic that also shows about 90% will not finish, pretty crazy odds.

A great example of the odd variety of challenges presented has to do with this article. The first challenge of the Death race started before the race even began. It was the media challenge (you’re literally reading my finished version of the challenge). Penalty for not completing this challenge is punishment at the very beginning of the Death Race. 2,500 burpees will be completed at the beginning with a weighted vest on, IF this media challenge is not completed. (Whew…glad to have that challenge done). Did I mention that’s an estimated time of 6 hours of burpees? Physical strength will play out to most everyone’s benefit, but that isn’t what will make everything difficult. 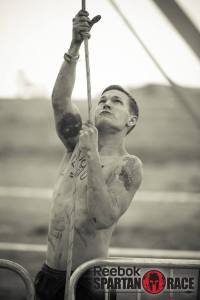 The mental aspect of the race will be playing a substantial role in who finishes. Memorization has been apart of prior years. Of course each year is different, thus what makes Death race so exciting. 2014 will be the year of the explorer. So what does that mean for my fellow racers and me? My assumptions are that we will be “exploring” obviously… but more than likely will be using things like topographical maps, old compasses and pure wit.

Why sign up for something that sounds so difficult you ask? It’s funny because I have several racing buddies who love running road races, obstacle course races, and anything new but the idea of the un-known (The Death Race) leaves no desire for them. Why did I sign up for it? Easy answer.

Deep down inside, while racing, I’ve learned to adapt, and to be honest I’ve only had a few obstacles whilst racing where I’ve had only a small amount of difficulty. The truth is, I want to find something that I can’t finish? Will it be the Death race…probably not but who knows? That’s the point right? Learning to over come and adapt is a part of human nature.

My personal goal is to keep pushing it harder and harder no matter what… to see how far the spirit and pure grit can take you. Past even where the body can handle. Always growing is apart of being a Spartan. AROO!!! 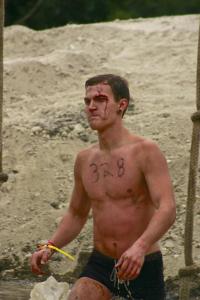 For more information about the Death race check out http://www.peak.com/death-races/summer-death-race/

Calling all Spartans: Your Chance to Join the Trifecta Tribe