The more mainstream the sport of OCR becomes, the demand for challenging races increases. So in this quest for the next big adventure, we test the loins of hopeful newcomers trying to make their way into the industry/the World of OCR (WOOCR). Essentially, paying participants, want to know that they get all the bang for their buck and with so many races making empty promises and delivering a sub-par experience, taking a chance on the new guy in town becomes a risky, expensive and often disappointing move.

There is a new guy in town and if you have not heard the buzz already then it’s time you listen and feed your craving. Give BattleFrog a chance, for, in my professional OCR opinion, there is absolutely no risk involved because this race is Grade A. Inspired by Navy Seal training, designed by Seals and run by Seals, BattleFrog will provide just the bang you need and for less cost than most other races, often finding registration costs for 50% off, scoring an elite entry for as low as $50 or even a Bullfrog entry for $30. It’s also chock filled with legit obstacles that will test how much true grit you have.

On August 2nd 2014, Raceway Park in Englishtown NJ, venue host to big name races like the World’s Toughest Mudder and Rock Solid Mud Run, had opened up their gates for the powerhouse newcomer, BattleFrog, for their 4th race event since they entered this world on May 31 in Atlanta. 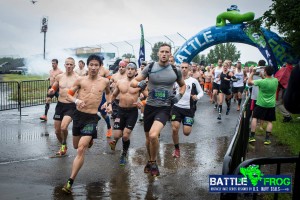 The race was epic; with a $1000 first place purse on the line for their 15k BattleFrog challenge, a deep lineup of strong OCR elites including 2 of the world’s best in the sport, Hobie Call and Junyong Pak showed up to see who would be crowned champion that day. I knew my work was cut out for me just from the competition alone but when I arrived, I found out that there would be about 50 obstacles, twice as much as most races today. Granted, the venue had some leftover obstacles from previous races but that did not make them any less challenging. I was so impressed with the way Battlefrog organized their race. Between the extremely stimulating course and the remarkable vibe, I knew that this race was something special and something that the industry has been waiting for, that is, a race that can live up the hype, offer a product that people of all ages can enjoy, can attract strong OCR athletes, have attractive prize money and keep us coming back for more, and I certainly want more. 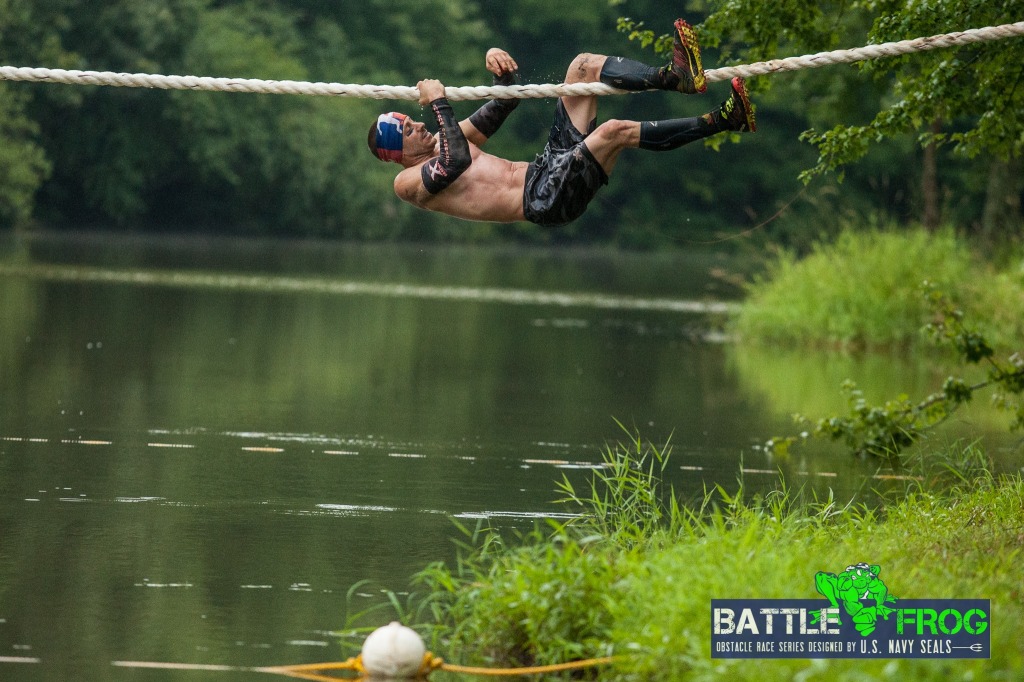 As the battle between two of the top guys in the sport continued that day, I was pushing hard for a podium spot, racing somewhere around 5th place. Feeling good about my place, I came to the Tyrolean traverse rope that had about a 75ft distance from one end to the other. For those who don’t know, this is one of the most difficult and technical obstacles in the sport, especially at that distance. You have a choice to go under the rope which is faster, more technical and more affective but will drain your energy out at around 50ft and- if done wrong, will give you unforgiving rope burns on your ankles and calves, or you can roll up on top which is more stable, secure, not as technical but substantially slower and if done right, will have minimal burns on your stomach. I chose to go under. I blasted the first 50ft and struggled the last 20, straining and injuring my right forearm muscle, which slowed me down for the remainder of the race, essentially knocking me back several places by the time I crossed the finish line, finishing 8th overall, 1st in age group.

The BattleFrog 15k is serious business and not by any means would I suggest it for beginners/couch potatoes/weekend warriors. I don’t think it’s impossible to complete, for those who fit in that category but just be prepared to embrace the penalties and learn what bodybuilders are because you will be doing plenty of them. If this scares you, GOOD. Fear can be quite enticing and one of the more enchanting qualities of OCRs. It will pull you into this race or send you running, but fear not because I highly recommend the Bullfrog 5k for those not ready for the 15k. The Bullfrog has their own designated course, which takes you through a portion of the 15k but then forks off and sends you a different direction.

I really admire how BattleFrog utilized Raceway Park. I normally judge an OCR on their use of venue, only really leaving the races that take place on mountains, in high regard or up on my list of reputable events. I must shift my thoughts as I now feel that a race with no mountains can be just as grueling as ones with. They had an insane amount of climbing obstacles including two 12ft walls that literally pissed me off because i didn’t know there were two and they were very difficult, so when i climbed over the first one, i just spotted the second one and i knew what I ha to go through to get over it.  There were constant rolling hills and ramps to get that uphill action and rough quad work so boredom was not an issue plus they had most magnificent quality, as I iterated before, there were 50 obstacles!!!! Oh yeah, their finisher medals are Bad-Ass.

BattleFrog is the next big frog in the OCR industry and it could not have come at a better time; a time where OCRs are corporate run and are turning into a business venture rather than running a sporting event. Their next event is in Pittsburgh, PA on September 27th and it take place on the grounds where minds once existed. There is a portion where ¼ mile of the race actually takes place in the mines. Register today for lower rates. The sport is evolving and BattleFrog has got it right. They are also in collaboration with the #OCRUNITED movement, where OCR related companies come together and unite as one sport to help us grow ultimately become an organized sport. 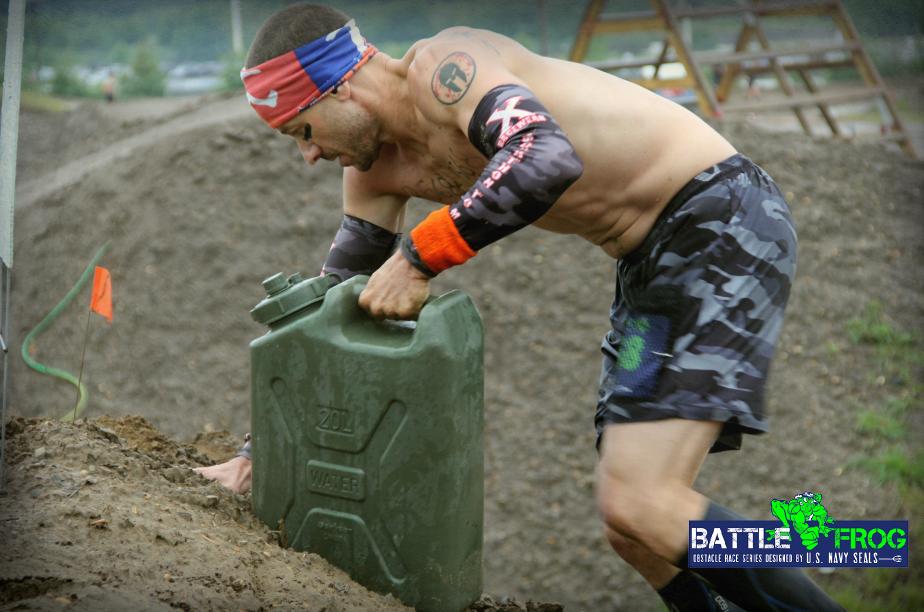 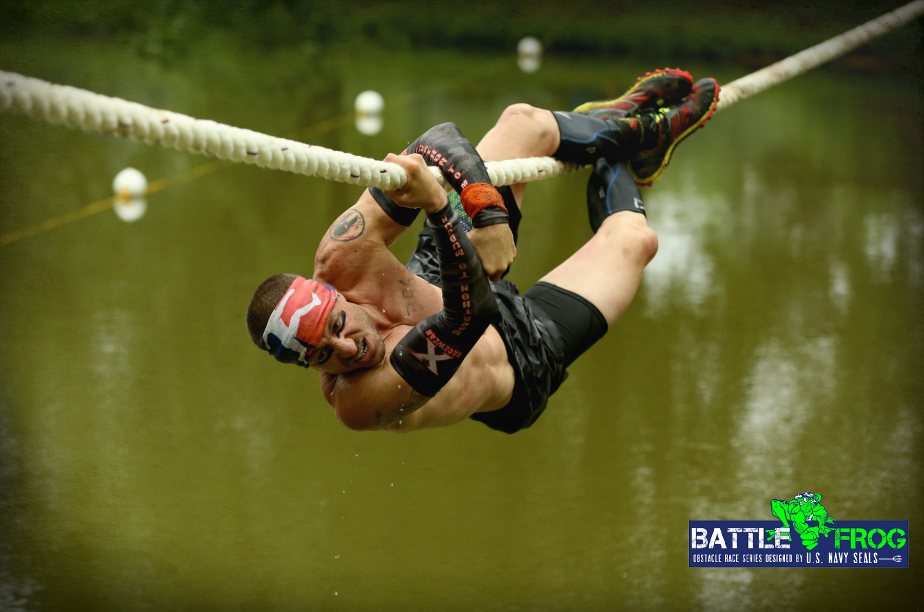 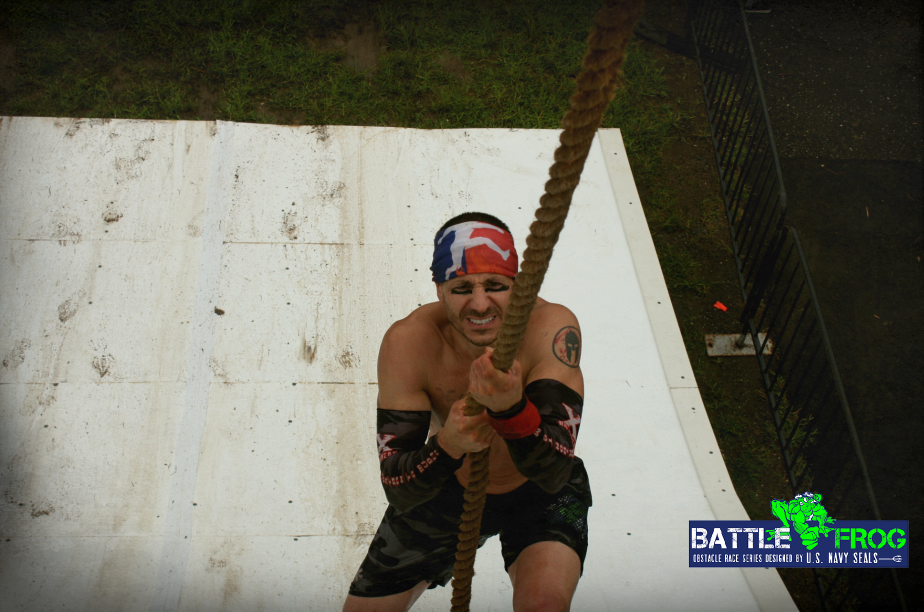 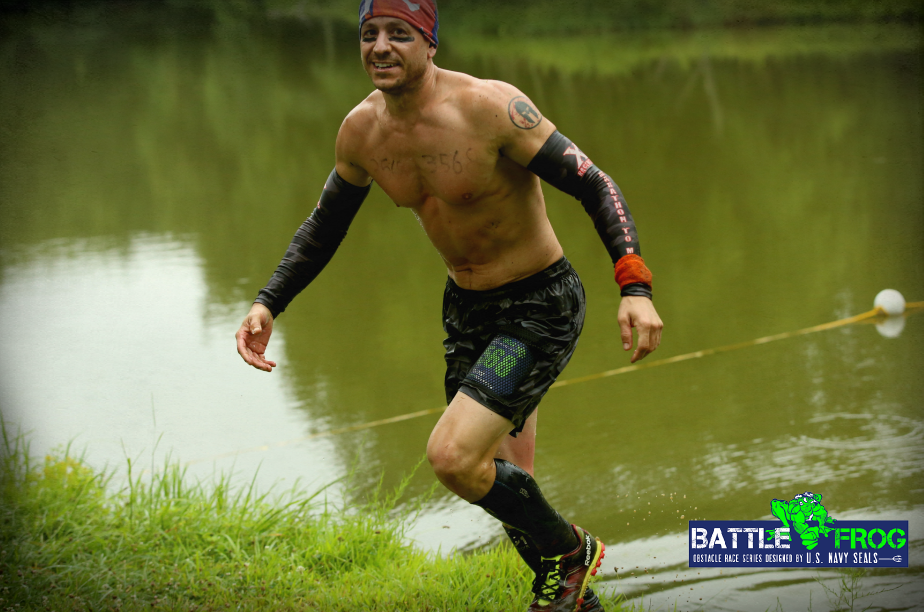