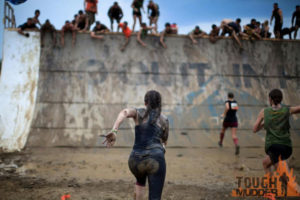 News reports indicate that Tough Mudder plans to open their own chain of gyms in 2017.

Dean said he thinks Tough Mudder gyms would fit easily into the landscape in small- and midsized markets, which, he said, research shows are mostly served by traditional all-purpose gyms, CrossFit franchises, and yoga studios. “We think there’s a lot we can do there,” he said. The appeal is more limited in the largest cities, where other specialized, lifestyle-branded studio gyms proliferate.We believe there’s big opportunity in the studio fitness space outside of the major markets of New York and Los Angeles, for something that gives functional fitness, delivered in a consistent, high-quality and safe environment,” Dean said.

My intro to the Mud and Adventure Community