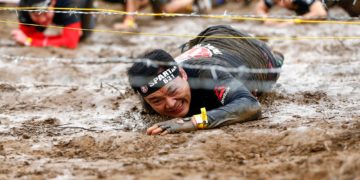 Tough Mudder is rescheduling it’s China race for the second time, pushing it back until October, and changing it to the new 5K format.

Marathons and other running events have enjoyed explosive growth in China, but one race is slow to get started. On Wednesday, the Tough Mudder — an event in which participants run through mud and face a series of obstacles — once again postponed its Shanghai race.

The Tough Mudder’s organizer in China, IMG, the company behind thousands of sporting and other events worldwide, notified Chinese participants that the 8- and 16-kilometer races originally planned for May will be replaced by a 5-kilometer race to be held in October. The shorter distance is being offered in response to customer demand. “Less running, more fun,” the notice said.

Save $15 off ABF Mud Run Events