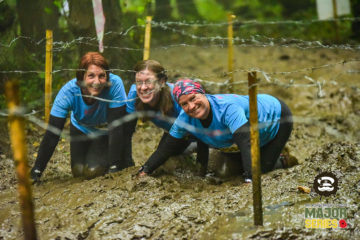 Royal British Legion Major Series is returning with 3 races in March across the UK for 2017.

Hosted by British Military Fitness, The Royal British Legion Major Series is designed for all ages and fitness levels. You can march, jog or sprint the 5km and 10km distances, all with the help of 40 of the Major’s finest troops to lend a helping hand at every obstacle around the course. The run will will challenge participants to overcome some top-class obstacles. Harry Sowerby, Managing Director at British Military Fitness, said: “We are delighted to once again host the next season of the Royal British Legion Major Series, making this the ninth. The Royal British Legion is a charity that we all strongly support here at British Military Fitness, and our 400+ instructors are ex or serving military so many have been helped by the charity in the past.

Laura Messner – The Beauty and the Beast inside OCR