“Mistakes are a fact of life
It is the response to error that counts.”

We are humans, we tend to make mistakes. In obstacle racing we make careful calculations and detailed plans of how we are going to prepare, train, and race. Who doesn’t want the perfect race? But somehow we usually end up messing up once in a while. Or for some of us, mistakes happen frequently, like in every race. Mistakes can be costly. Mistakes can mean the difference between winning or placing disappointingly. Mistakes can result in obstacle failure. Mistakes can cause injury. Mistakes can lead to frustration and anger.

There are “careless” mistakes. This is when we know what we should do, but don’t do it. Perhaps we know we should be tying those nylon shoelaces in triple knots, but because in a hurry, leave them and then later trip, fall, and sprain an ankle. That is a careless mistake.

There are “uniformed” mistakes. When you don’t know how the obstacle is to be conquered, you may make this kind of a mistake. It is not a choice you made; you just didn’t know the correct way to do it, most likely resulting in a failed obstacle. When you come upon an obstacle and assume you know what to do, or rely on what someone might have told you they did, can lead to mistakes. Hoisting up the cement block and then dropping it to the ground with a huge boom as you fist pump away excitedly as you conquered that beastly block will get you burpees for sure. The rule is to drop the block gently.

There are “blooper” mistakes. These are embarrassing mistakes that randomly happen when you are not paying attention or have your mind someplace else. Getting your shorts caught in the barbwire while continuing to crawl forward is a blooper. It just might cause some embarrassment when the photographer captures that moment and sends the blooper out to millions of viewers. 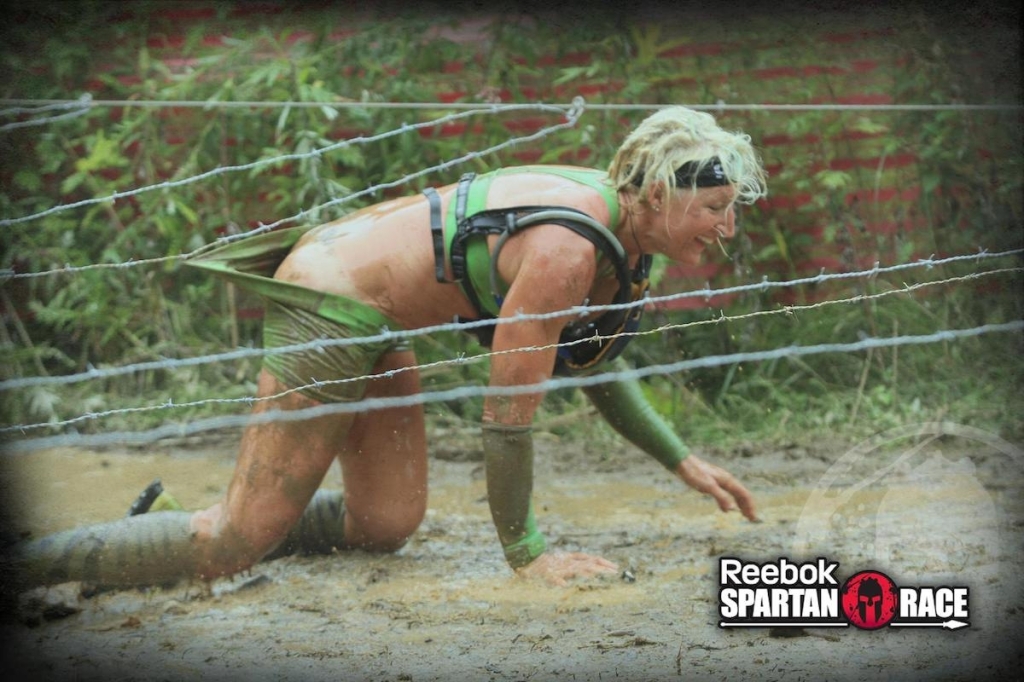 A “miscalculation” is a type of mistake. Thinking you can jump from one log to another without taking into account that one log might be wobbly or slippery and therefore cause you to fall is an example of a miscalculation. In this case you may lose your front teeth, if not have a bunch of burpees to complete.

And then there are “stupid” mistakes. This happens when we simply just don’t use care in making a decision. Jumping up on the monkey bars before wiping off your muddy hands is an example of this mistake. Too late now, consequences to come.

When we are new to something we may make “Rookie” mistakes. These are usually choices made because we don’t know any different and we are learning what is best for us, or perhaps testing the situation. Starting off in an all-out sprint is often a rookie mistake as the racer usually ends up winded and walking after the first mile or two. Packing a Camel-back full of water, gels, and other goodies for an 8 mile, [obviously] supported race is another rookie mistake. All of that extra weight and bulk will only hold you back and slow you down.

During World War II soldiers referred to mistakes as SNAFU, a situation normal all fucked up. Mistakes are all around us.

So, knowing that you will make a mistake or two, or a thousand and two in your racing career, what are you going to do about it? Some athletes blame the race director. “If the marking tape were better, I wouldn’t have gotten lost. The traverse wall after the mud pit is the problem. 60 pound sandbags instead of the normal 40 or 20? This wasn’t fair!!!” Some athletes throw their fists in the air, or into an object, in frustration that they missed the spear toss and now have 30 burpees quickly spreading the gap between themselves and the person just ahead of them. Some use their mistake as the reason why their performance was so poor; often times projecting it had nothing to do with their actual poor choice. Owning a mistake seems to be difficult for humans.

I like to look at mistakes as “learning opportunities” and a chance to grow. Or in some instances, a mistake is simply a time to smile and not take life so seriously. If you can own your mistake you can learn and grow from it, or you can have fun with it. No matter what, let yourself make mistakes: suck up the consequences, gain knowledge from them, and move on to becoming an improved person and racer.