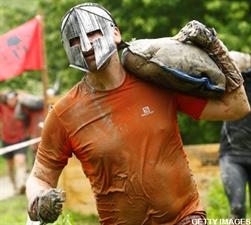 Interview with Spartan Race founder Joe DeSena on Spartan Race’s push for more global expansion this year, how he sees Spartan Race as different from other series, and more

When we first set out to do this, I was very clear that we weren’t going to do anything silly. It wasn’t going to be about holding hands and drinking beer. This was going to be a sport, just like basketball, baseball, football, hockey. … That created a tough road, because it put a barrier to entry to many people who wanted to come do the race. … When you look back now, seven years [later], we’re the only ones that approach it that way. So we really don’t have any competitors. Yeah, sure, on a weekend, somebody might decide to do a marathon or an Ironman or whatever. But in our space, there’s nobody doing it the way we’re doing it. Nobody has that global footprint that we have. We see people from Japan flying to Hawaii, people from Hawaii flying to Australia, Australians flying to the U.S. There’s a real advantage to having this giant footprint.

Can you make a living racing obstacle courses?