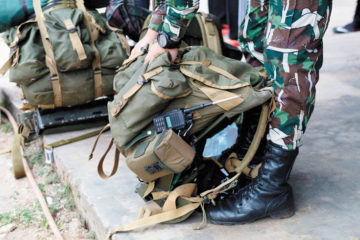 A look at how rucking can bring some diversity to people’s training regiments.

However, ruck march challenges go back long before McCarthy started. One of the most popular events is the annual Bataan Memorial Death March, which dates to 1989 and pays homage to U.S. and Filipino prisoners of war who were forced by the Japanese Imperial Army to march 60 to 70 miles with little food or water in 1942, during which thousands died. Sponsored by the New Mexico State University ROTC department and the New Mexico National Guard, the memorial march is held at White Sands Missile Range in southern New Mexico and gives participants an option of a 14.2-mile route and a 26.2-mile one, carrying a 35-pound pack.

Forbes: obstacle racing – one of five must watch fitness trends...