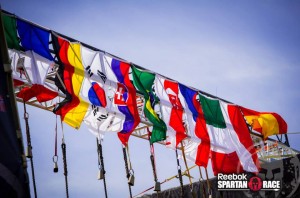 From time to time, even the most confident person will have reservations or even second guess themselves about their ability.  In the world of OCR, it may be OK to feel this sometimes when you are off the course but once you step out into field of battle, there is absolutely NO time for second guessing, NO time for doubt and certainly above all else, NO time for fear.  Easier said than done I suppose but it’s not complicated; if you are ready to push your limits, go places physically that you did not think possible and conquer unimaginable feats, then nothing should stop you from accomplishing that goal and there is no better time and place than when competing in Reebok Spartan’s Vermont Beast World Championship.  It’s considered the mother of all races and according to Joe Desena, one of the Co-Founders of Spartan Race, the 2013 Vermont Beast, which took place on September 21, was the hardest course in the history of Spartan Race, which was founded in 2001.  There are other races that are harder to accomplish like the Death Race and Ultra, but as far as Beasts are concerned, the Vermont Beast is the Beast of all Beasts and this year took the cake. 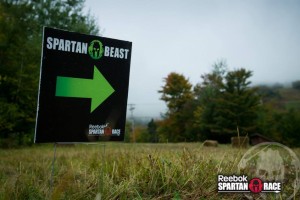 “Best Vermont Beast yet.  From the epic sandbag carry to the combinations of rope climbs, swims and monkey swings: awesomeness,” says Hobie Call, this year’s 1st place male winner and one of the faces of Spartan Race.  This was his first Vermont Beast victory and he blew away the competition with what is 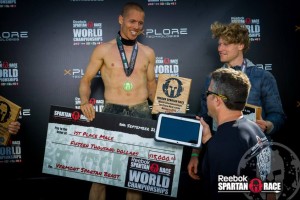 “I would say this Beast is harder than any Beast, based on times and being a part of the progression of them.  I also feel the Vermont Beast is the only true beast, all others do not compare,” Says Norm Koch, Domestic and International Race Director for Spartan Race.  He is also the man responsible for the course design in Vermont this year and knows what it takes to push an individual out of their comfort zone.

Participants gathered to Vermont with high expectations and anticipation from what was talked about weeks before the event as to what would be an extremely epic weekend of events, due to the presence of NBC Sports Network, recruited overseas competition to the increased from last year, 1st place male and female winner’s prize money of $15,000 each, a season pass and a tablet.  The weekend was anything but a disappointment despite some of the negative feedback about Desena going out and recruiting Olympians from overseas.  In the end, the true OCR runners embraced this technique and got a better understanding of what exactly Spartan Race was attempting to accomplish this year.

David Mick, Elite runner finishing 35th in the 2013 Spartan 300 Elite points said, “I think Spartan is really happy that ‘OCR’ people won.  I think that’s what they wanted the whole time.  What better way to show how great and different OCR is.  Bring in a bunch of greats from all other sports and have them get smashed by the well roundness of OCR people.  If a sport specialist won it would of likely not went well for Spartan. With all the drama, talk, and dissatisfaction about bringing in Olympians, maybe just maybe the OCR racers were a little scared and didn’t have as much confidence in themselves as Spartan race did. This may have been Joe’s crazy plan all along and in doing so he got to do what he loves to do… to push the elites and continue to play mind games with them.”

Putting aside all the drama that may have unfolded, it was still a massive turnout.  The stakes were high, the competition steep, camaraderie formed, Elite family re-untied and the NBC cameras were rolling all the way through to watch the industry’s best OCR runners display what they do best and what they trained all year for, and how even the best of them still failed the Tarzan Swing, which has been branded the hardest obstacle and statistically, has the highest failure rate. 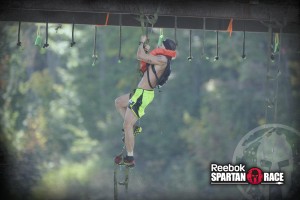 Koch said, “The Tarzan Swing was the toughest obstacle, I basically set everyone up for failure, the water (exposure) considered.  Before that, I started with the barbwire crawl, dunk wall, the main rope climb in the festival which used your hands and arms, then another rope climb in water, then you would be smoked by the time you get to the Tarzan swing.”

Grown men and women and good athletes were dropping down like dead flies after exiting the water, due to cramping and muscle spasms, which made the 30 burpees they had to complete before moving forward that much harder.  It wasn’t until after this task that a recovery and cramping station was available where runners were literally pouring straight salt into their mouths, followed by water or lemonade.  Several runners could not continue and had to walk/limp/be carried off the course with a DNF (did not finish) as their results and no medal issued.  The rest were able to slowly recover and ultimately push through the pain and agony and cross that finish line, no matter what it took.

“It’s important to understand that Vermont is not intended to be like other Spartans, including the Beasts. Many are designed to be more fun, some a bit challenging, but Vermont is built to destroy,” says Call.

If at any point, there was any doubt that you should have been there and that it wasn’t the place for you to be, you would have greatly increased your failure rate. Spartan Race general is not for the weak or weak-hearted.  It is a test of strength, dedication, mental toughness and heart.  Being a Spartan is a lifestyle just as much as it is to compete in one.  One must be ready to face whatever challenge lies ahead no matter how grueling it is and the Vermont Beast is the epitome of that.  The race separates the Elite from the Obs-elite.  Which one will you be next year?

By Charles A Vassallo