“Its all about pride,” says Atlas Race CEO Scott Gephart. “State Pride, team pride, school pride, it doesn’t matter which one it is everyone has it. When it comes to a state like Texas there is a TON of state pride and we wanted to do something a little different for the folks out there. So we came up with the Heart of Texas Throwdown.” 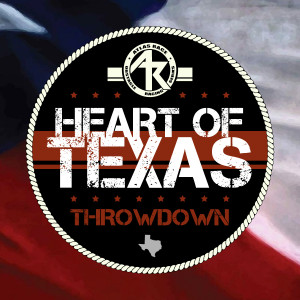 What exactly is the Heart of Texas Throwdown you ask? It’s a three part challenge within Atlas Race that encompasses their events in San Antonio on March 14th, Dallas on May 9th, and ends in Austin on November 21st. Anyone who is able to complete all three events in 2015 will be given the special Heart of Texas Throwdown medal and t-shirt representing their accomplishment.

Elites that compete in all three events will be eligible for a special Throwdown trophy as well as free entry into the 2016 OCR World Championship, and free entry into the 2016 Heart of Texas Throwdown to defend their crown. 4 man (or woman) elite teams will have the opportunity to compete for a team Throwdown trophy and entry into the 2016 OCRWC as well. There will also be entries for top Masters and Juniors champions. The winner must compete in all three Heart of Texas Throwdown events to be eligible. Winners will also have the opportunity to be Atlas Race Athlete Ambassadors for the 2016 race season. The winners, which will be crowned at the Austin event November 21st, will be determined by best average placing between the three events. Elite and competitive racers must race all three races at the same length. Non-elite participants are able to run any length combination that they want between the three events.

Teams like LoneStar Spartans will have the opportunity to win the Big Ass Team award by having the largest number of people show at all three races combined. To be eligible for the trophy and bragging rights though teams must have representation at all three events. Failure to do so will results in being disqualified for the award running. Scott and team are confident though that people will want a shot at everything on the line in Texas.

“Texas is probably one of the biggest states out there when it comes to state pride and bragging rights. With that in mind we really wanted to present something unique, fun, and challenging for people to work towards.”

What about those folks outside of Texas though? Not to worry says Scott.

“Being from the West Coast ourselves we realized we couldn’t just put something together for the folks from Texas. When we locked down our NorCal and Portland Oregon events we saw an opportunity to give our hometown area people a chance at something similar. So the Best of the West Challenge was born.” 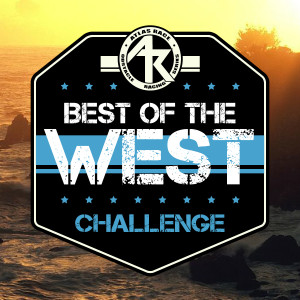 The Best of the West Challenge will span the Atlas Race Medford Or race on May 30th, the NorCal event on June 21st, and the Portland Or event on July 18th.

“People on the West Coast will get the opportunity to win the same bragging rights for their area as the Texas area racers do. All the same prizes apply, though the one difference is that the winners will receive free entry into the 2015 OCRWC and represent as Atlas Athlete Ambassadors for one year from the Portland Or race. There is a huge community of talented runners in Northern California and Oregon. We can’t wait to see what the competition looks like. Plus we get to give our hometown are people something special for accomplishing all three races in 2015. That means a lot to us. Giving the OCR community something special and a little different is important to us as a group. We love this community of people a lot and are excited to do something for them.”

The Best of the West Challenge does offer racers that are doing the SoCal event an option in order to earn the medal. By registering to complete a combination of two of any of the three remaining races in the Best of the West, as long as Portland OR is one, SoCal racers can still qualify for the medal and awards.

“We know how SoCal racers are and we didn’t want to leave them out of the opportunity,” Scott tells us. “So as long as they register for either NorCal or Medford AND Portland is their final event they can still qualify for everything.”

When asked about future plans Scott assured us that the rest of the US wasn’t forgotten.

“We don’t have the races in 2015 to do these special challenge series in every region but they are on our agenda for 2016 and we are working hard to bring everyone their own special challenge.”

Registration is open now for both the Heart of Texas Throwdown and the Best of the West Challenge. Don’t miss out on a chance to represent your state, town, team, or self at these unique events.

Uncommon Friends in an Uncommon Place